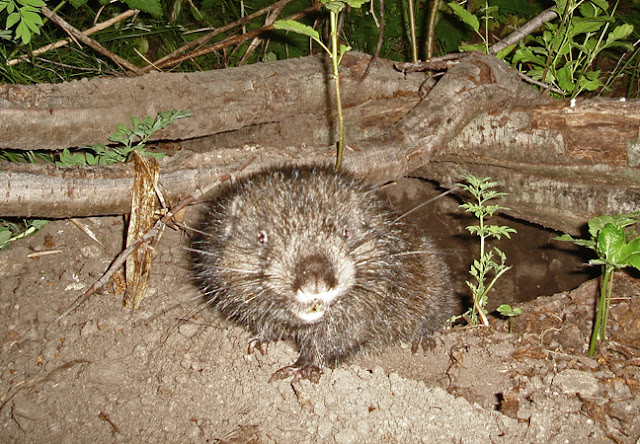 Whether you want it or not we're serving mountain beaver today, or if you prefer, call it showtl or aplodon.

These photos were from a camera I set a month before the camera trapping workshop on the North branch of the Yuba River.

I found but one burrow in the alder thicket where the colony is located, and was concerned that the population had crashed. 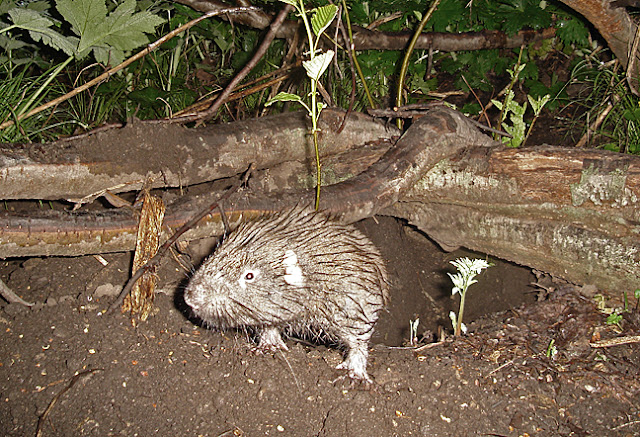 The burrow was active a month later when I took the class to check the camera, and the thicket had quite  a few additional burrows.

The animal above came from a watery tunnel, and I have found quite a few burrows now with water running freely from them. 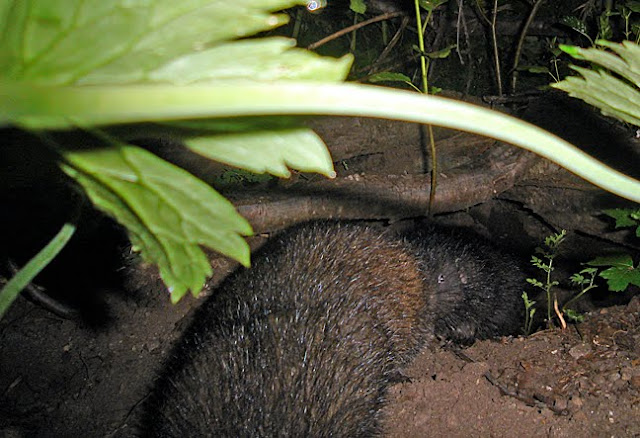 But most exciting was this photo of two fellows in one frame.
They look to be a bit smaller than the previous animal(s), so I am guessing they are young of the year.
The color difference is due mainly to differing flash exposure. 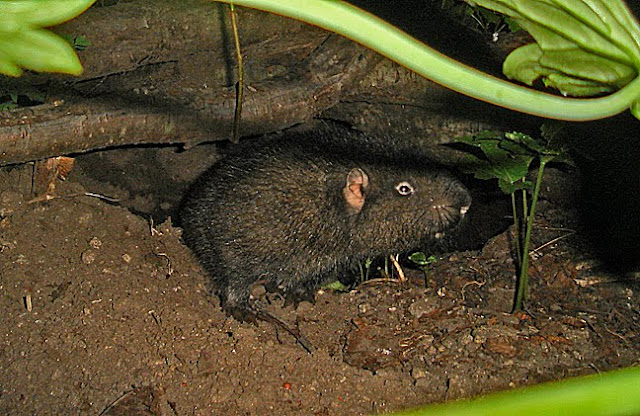 The camera had taken 32 pictures of the rodents, but only one photo during the first and second week.
All the other pictures were taken on the 22nd and 24th day of the set.
In my experience aplodon aren't camera shy, but often they don't make their first appearance until two or three weeks have passed.
You must wait patiently for the rodent with humanoid ears to photograph itself.
But while you wait the plants between the camera and the burrow grow with a vengeance.
My advice is this: when you make your set show no mercy for those tender sprouts.
Bring a big machete and cut them down.
If you don't, you will get some wonderful photographic studies of plant growth, but no images of the rodent with humanoid ears.
Posted by Camera Trap Codger at 9:29 PM

Jumpin Jiminy~ Congratulations Codger on your success and thanks so much for sharing your Mountain Beaver photos. You are the(Camera Trapper)man!
TERRY