The Codger delivered the 5th camera trapping workshop in mid-July to an assemblage of eight curious naturalists.

Most were Californians, but two came from New York, and one Kiwi attended from far-away New Zealand.

This was the 5th workshop I have given at the Sierra Nevada Field Campus, and the days rolled by quickly.

The resident colony of mountain beaver continues to be a red-letter attraction, and most everyone was game to climb Deadman Scree for bushy-tailed wood rats.

To our ever-growing species list we added two new species.

Bill's trail camera snapped a yellow-bellied marmot, which is a little embarrassing because marmots are anything but rare in the Sierra Nevada.

Participant John Adragna gave us an image of a montane vole on the second morning.

The class probably thought my enthusiasm overdone, but new species records energize the codger like a triple espresso.

Until now, we've only gotten long-tailed voles; so now we know the two species coexist right on campus.

Other highlights were a sighting of the local family of otters, and an experiment on mirror image recognition in chipmunks.

Indeed, the chipmunks paused briefly to gape at their images, but it didn't stop them from stuffing sunflower seeds.

But now I want to send you to Cindy Roessler's Dipper Ranch Blog for another view of the workshop.

It features a metaphysical trilogy on previsualizing camera trap sets.

"Set theory" is of course a topic I touch upon, but her treatment will give you a first hand perspective.

Last but not least was the hands-on workshop for local Sierra County school kids.

It happened on the last day (after the camtrapping class dispersed) and started with Bill's slide show, which thoroughly engaged the kids  -- who piped out the names of the critters.

Then it was snack time (graham crackers and milk are now passe).

While the kids stoked calories we instructed the parents on how to set the cameras on stumps around camp.

When kids and parents had set their cameras we sent them all off to play in the Yuba River.

By now (5 days into the bargain) Bill and I were dragging butt, but the kids were even more fired up to view the video clips.

Its nice to see such rousing enthusiasm over chipmunks. 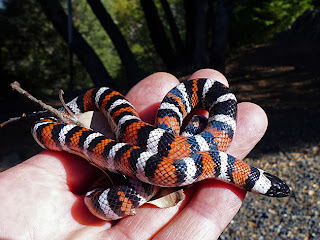 Finally a postscript: The class always gives me new ideas, and this time I learned the secret of finding the furtive but charismatic mountain king snake.

My teacher prefers to remain anonymous, but while walking Fred this week I put her counsel to practice.

Obviously you've got to be in the right place at the right time, but the mantra seemed to help. 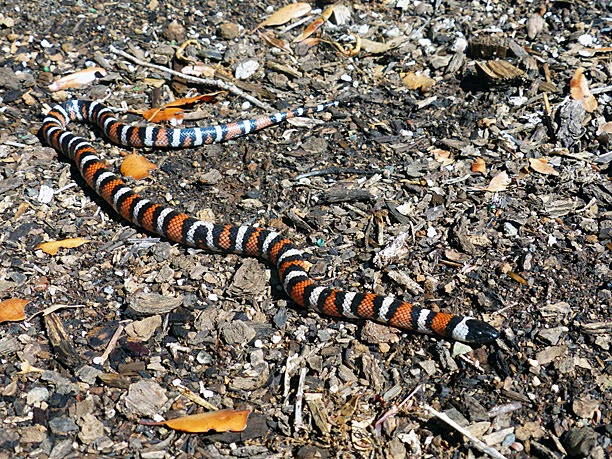 I am grateful to "alumni" Ken, Jake, Sean, and Bill who set cameras in our old camtrapping haunts in June in preparation for the workshop.

RandomTruth's camera magic, from that log set he made in June will inspire you. Be sure to check it out.

And many thanks to Bill who stayed on to assist the full week, which was a great help.
Posted by Camera Trap Codger at 8:43 PM 8 comments: Links to this post


Readers of this blog are well aware that when it comes to mammalian scent the codger has a discerning nose.

A recurrent theme in my summer workshop is that camera trappers who disdain scent as an attractant miss opportunities to pixelate their quarry.

So I was terribly gruntled this afternoon when Chas Clifton sent me a link to an article titled Beaver Butt Secretion Good for Baking. Thanks again, Chas.

And don't skip the remarks of the wussified commentators. I am sure none has seen a beaver's butt, let alone sniffed one.

I vouch for the captivating power of beaver castor.

That greasy paste is a rich mixture of various plant phenols, including molecular relatives of vanilla, and it's as close to a universal mammalian attractant as it gets.

We have a scent sniffing exercise after my evening lecture on olfactory attractants. 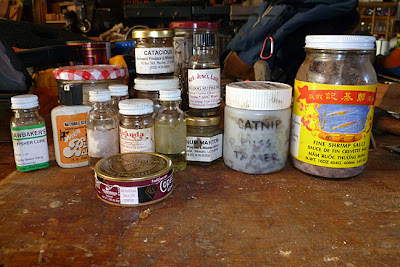 The class is understandably hesitant -- "Hey man, this is weird" -- so I tell them it's "very California", like wine tasting and aroma therapy.

Then I open a jar of Mud Road, take a deep whiff, and roll my eyes.

Soon the jars are moving around the table, and when the participants aren't gagging their facial expressions are precious.

But with Castoreum it's different.

It's hard to get certain participants to surrender that spicy smelling jar to their classmates.

They just keep sniffing with this dreamy look, and of course everyone wants to sample it.

So I'm not surprised that the Swedes have approved castoreum as a cooking ingredient.

I hope The Local follows up on the article, because I want to know how many Swedish grannies will be inspired to add castoreum to their pepparkakor.

I know I'll never get the redhead to do it.
Posted by Camera Trap Codger at 9:41 PM 4 comments: Links to this post

One Month in Subterranea

This little movie is part of a continuing saga, a self-inflicted exercise in hope and frustration that started 4 summers ago when we found a collapsed mountain beaver tunnel in the northern Sierra Nevada.

In a strange way that narrow collapsed section of the tunnel resembled the shotgun-blasted stomach of Alexis St. Martin, the trapper whose misfortune set the stage for William Beaumont to become the grand old man of gastric physiology.

Like the gaping hole in St Martin's stomach, this mountain beaver's tunnel had a portal that exposed the mysteries within.

Collapsed mountain beaver burrows however are a dime a dozen.

What made this one special was that it opened up into an underground cavity big enough to accommodate a camera trap without blocking the passage.

Plus, this was not one of those thin-roofed sub-surface tunnels. This one was nearly 2 feet deep, making other cave-ins unlikely.

We started in 2010 by setting a still camera down there, a Sony s600 to be exact, and though there were lots of blank exposures the animal images were thrilling to see.

We learned that the mountain beaver's burrow system is a commons used by a lot of seldom-seen freeloaders like weasels, mink, and water shrews, not to mention great swarms of mosquitos.

Two summer's passed before I asked, "Why not video?"

It was an iffy idea, but I thought a few clips of the subway traffic would satisfy my whim and allow me to move on to other projects.

So I bought a home brewed DXG 567 from a fellow camtrapper and set it out in June, 2011 for the forthcoming workshop.

A bear cub unearthed the cam a couple weeks into the bargain, but not before the camera sampled some of the underground fauna.

In 2012 we tried again and discovered that chickarees actually mine the tunnels for truffles.

Now I was really hooked, even though the quality of the video schtunk.

The lens's field of view was too narrow, and depth of field was crumby.

So last winter I replaced the old lens with a $20 4mm wide angle lens from EBay.

The results are what you see above.

I am pleased with improved field of view, disgruntled with the focus, and flustrated with all the false exposures.

The camera is just too slow, and fixing it will be this winter's project.

My plan is to go back to the site and find all the entrances leading to that treasured tunnel.

If I can set external PIR sensors in the burrow entrances the camera will be rolling when the critters come cruising down the tunnel.
Posted by Camera Trap Codger at 9:38 PM 6 comments: Links to this post