More from the rock 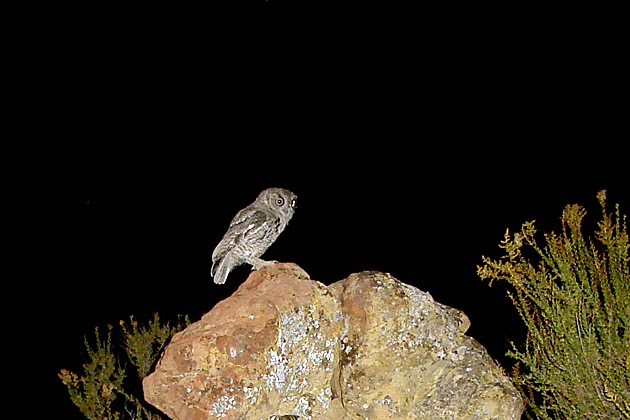 Now for a few more pictures from that lookout rock used by the gray fox.

The next most common visitor was a western screech owl -- the gray color phase which is more common in arid habitats.

It made two appearances on June 30 and July 17 and left 12 pictures, one of which contained two owls. 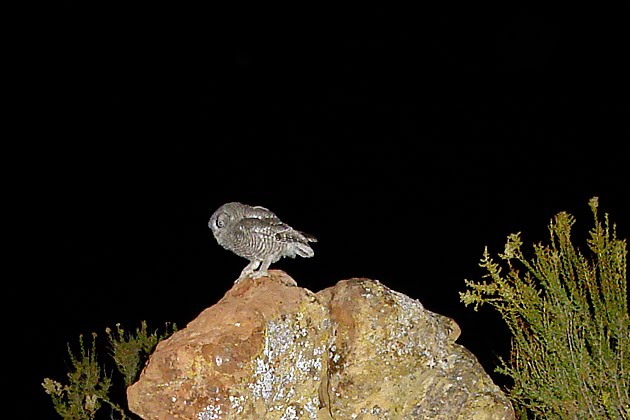 So perhaps two owls were using the perch -- a pair of owls, or maybe mother and offspring. 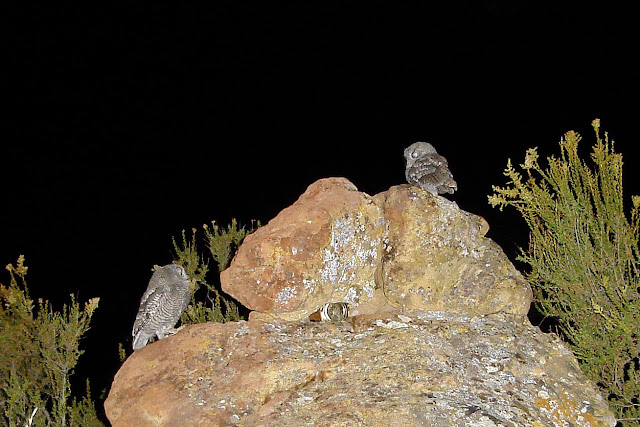 The picture in flight looks looks as if it might have been snatching insects from the chamise. 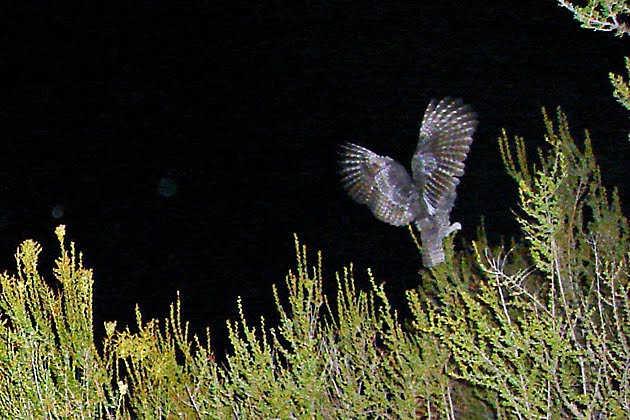 There were also a few visits by Peromyscus.

In very early morning a California towhee and a Bendire's thrasher also perched on the rock. 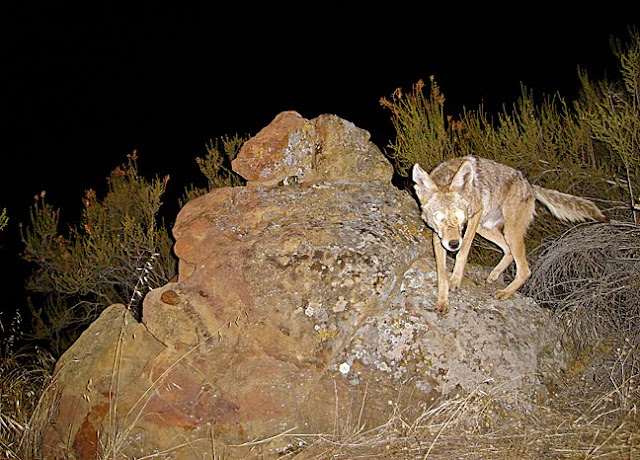 The notch-eared coyote showed up on August 5th, a few days before we collected the camera.
Posted by Camera Trap Codger at 9:10 AM