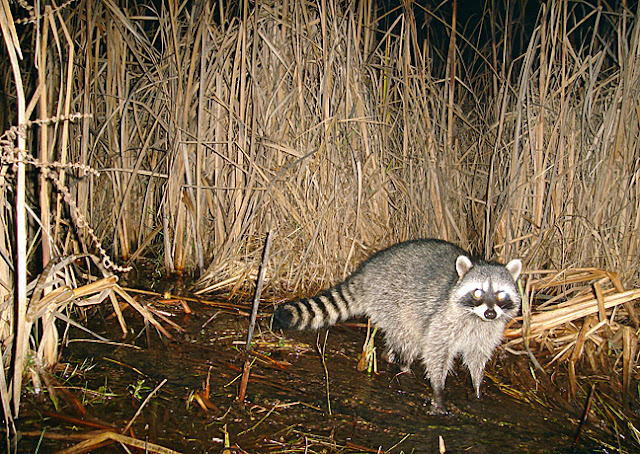 There was nothing that stood out about set 443. It was just an opening in the marsh, a soggy mat of cattail roots that channeled water to a creek.
There are thousands of acres like it in the Sacramento Valley, and it is a veritable raccoon paradise.
There were little wet raccoons looking somewhat forlorn, 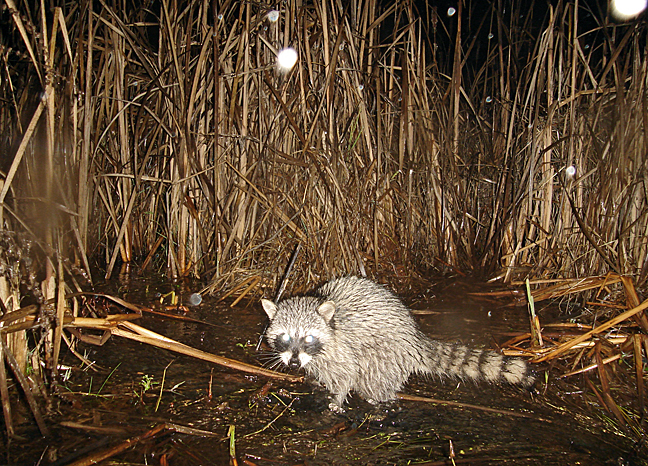 and a rather rotund raccoon that looked like an attraction at a road-side zoo. 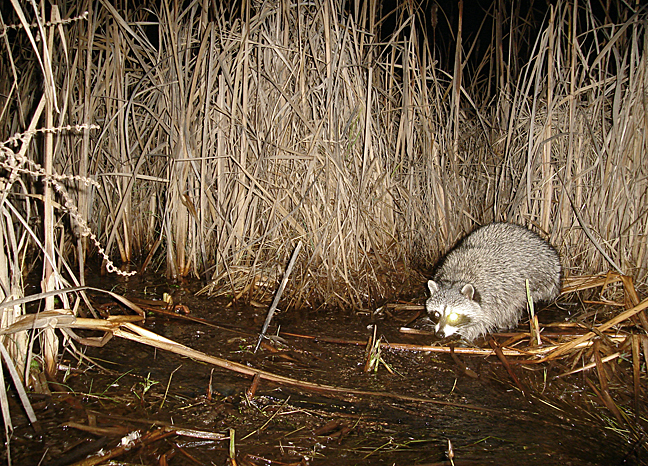 They came alone and in groups. 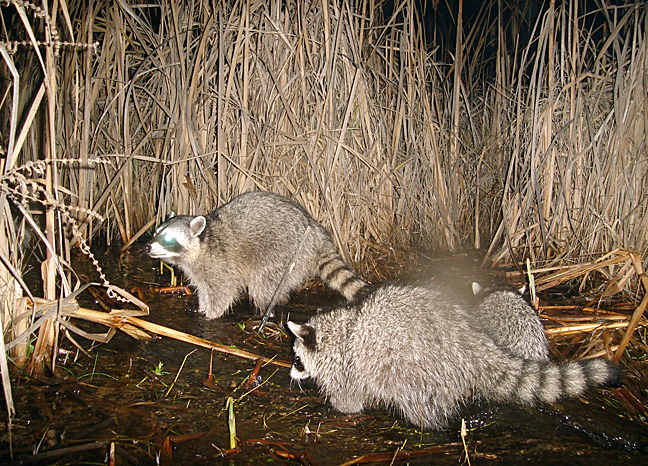 Often they were snapped while gazing into space and grubbing in the water. 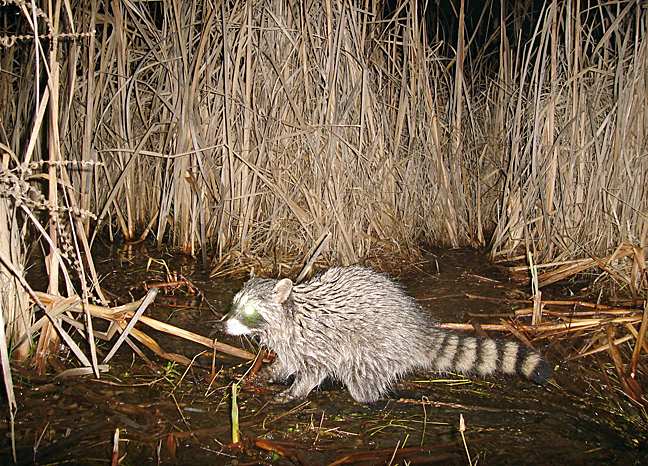 Only a few approached and inspected the camera. 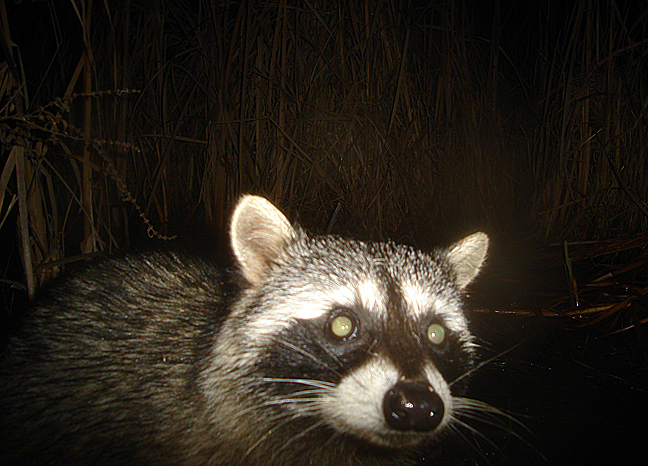 The flash might have triggered a premature exit in one coon, but maybe it was just in a hurry or had an altercation. 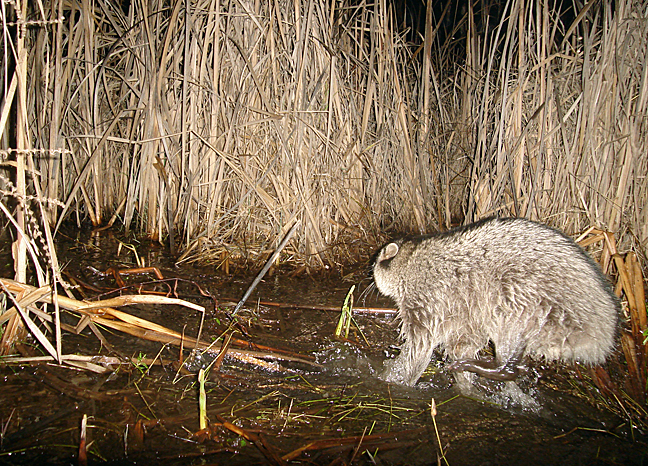 Others attended to matters of personal hygiene. 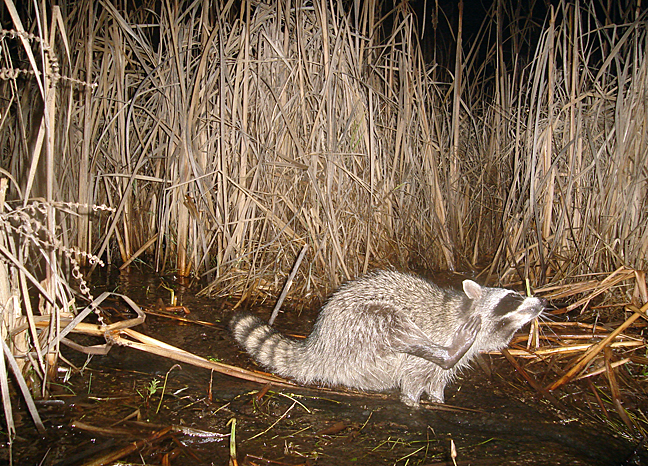 High water didn't keep them away. 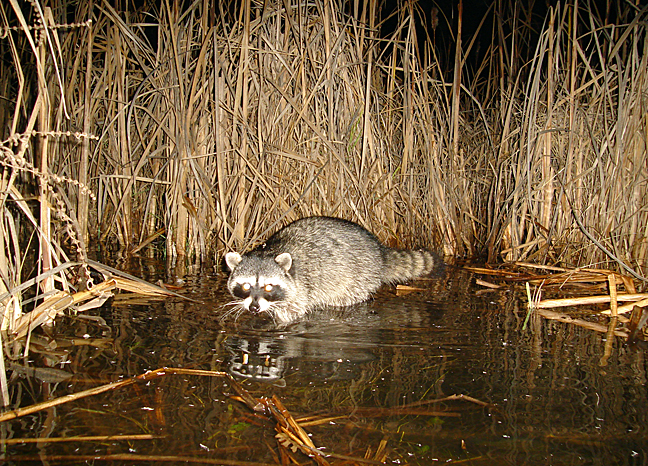 Soggy coons just shake it off. 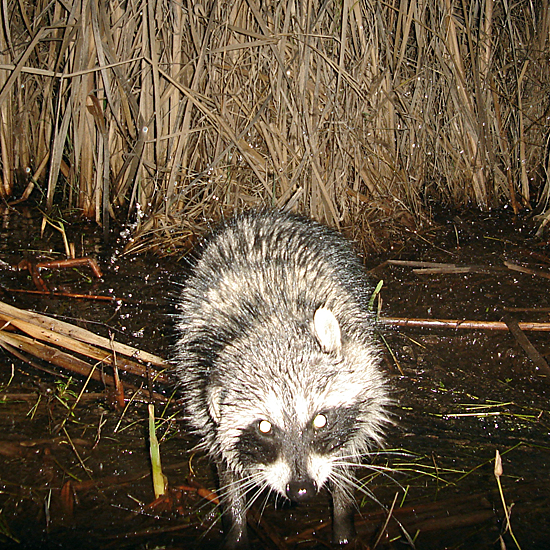 The camera recorded 214 raccoon pictures in 21 days of operation, and by my reckoning there were about 80 visits -- a visit being a group of photos separated by short intervals of time.
The assumption is that such groups of photos are usually made by the same animal(s).

One usually finds high frequencies of visitation at food sources, and my conclusion is 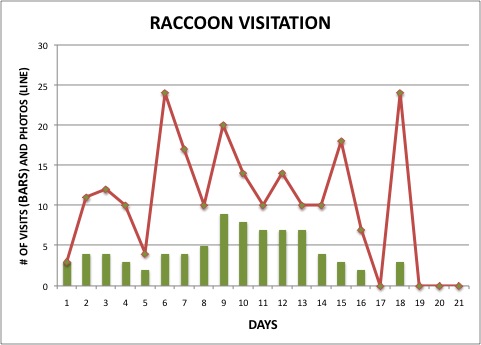 that the marsh, and maybe this spot in particular -- seething with fish, amphibians, birds, and invertebrates is a smorgasbord for hungry coons.
Posted by Camera Trap Codger at 8:48 AM

I love your photos!! Raccoons are so cute. I had a couple visit me last year but was glad when they left and never came back because the male liked to climb up onto my windowsill. It made for a few good photos. They sure do love the water!

That seems like an enormous amount of visits over a very steady time period. Although a raccoon may not be a bait unresponsive species like the herbivores it looks like it is acting like them in this case.

Exactly, but it is more like a response to a windfall of abundant food-- like a deer carcass, fruit trees, persimmons in winter, etc. Limited bait as you know gives a skewed response than wanes as the bait disappears. I think the place was crawling with crawdads.

What a nice set of photos. I love the variety.

Excellent bunch of photos of the über-cute raccoon! And as usual, your commentary is always a delight to read.

Interesting stuff, I like the chart comparing visits and the number of photos.