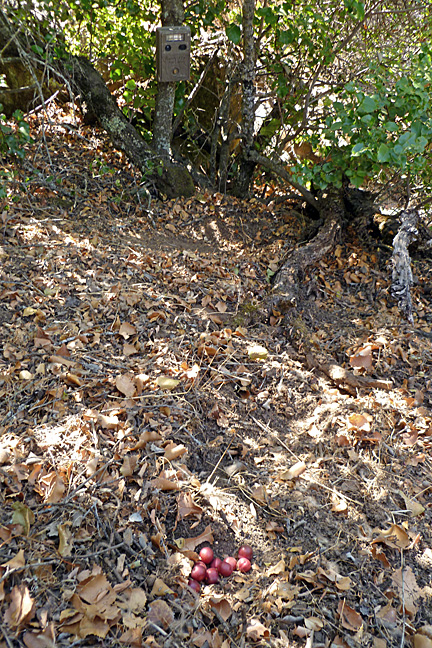 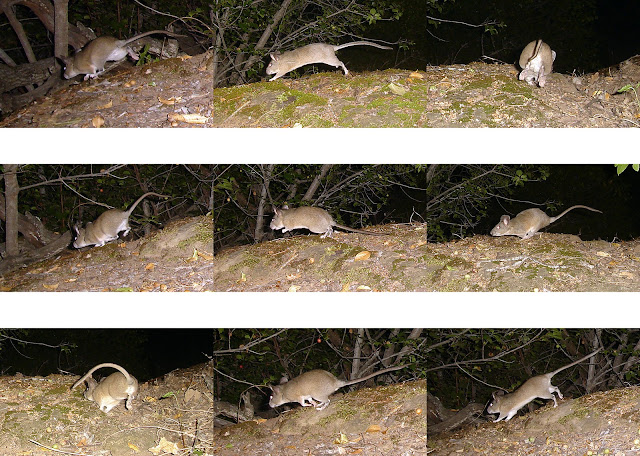 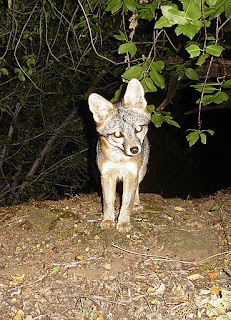 But there are a lot of other subjects worthy of camera trapping, and wood rat can always be relied on for a cameo appearance.
Posted by Camera Trap Codger at 9:06 PM

I have tried the "choke cherry" myself - not as tasty as you'd like, but a good source of sugar. We see bear scat just full of pits. Sometimes fox, but I always think it must be a bit uncomfortable for them!

Thought that set would be a lot more interesting. Darn animals and their unpredictability! :)