From homely juvenile to young prince 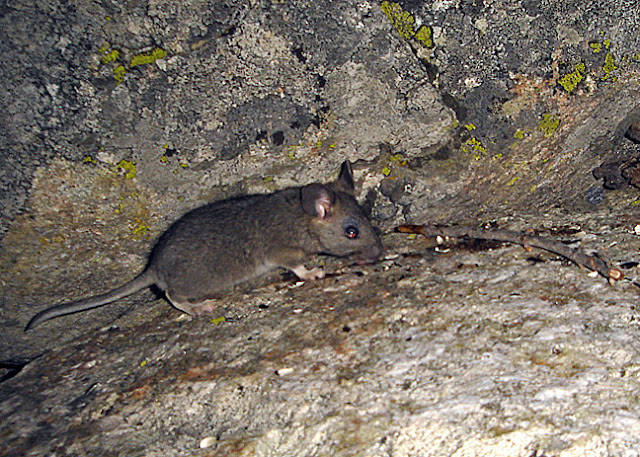 In youth they look like any other rat, especially with that ratty tail and brownish-gray coat. 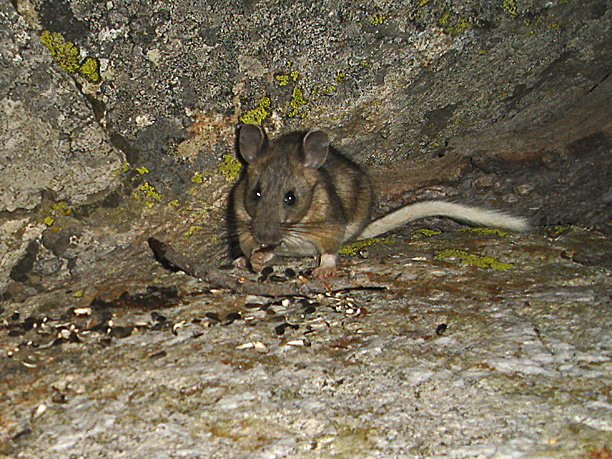 A few months later however, their tails gets hairy and their coats acquire buffy highlights.

This animal of the subspecies Neotoma cinerea pulla was camera trapped last summer in a talus slide in the central Sierra Nevada, and I suspect it is a young adult.

In one night we got 54 photos of several woodrats, and there were three age classes.

Unfortunately, a large bulky rat, presumably a male, was the most timid subject, and all images of it were partial pictures.

The subspecies occidentalis seen in the previous post is more silvery and regal in coloration than these woodrats of the Sierra Nevada. 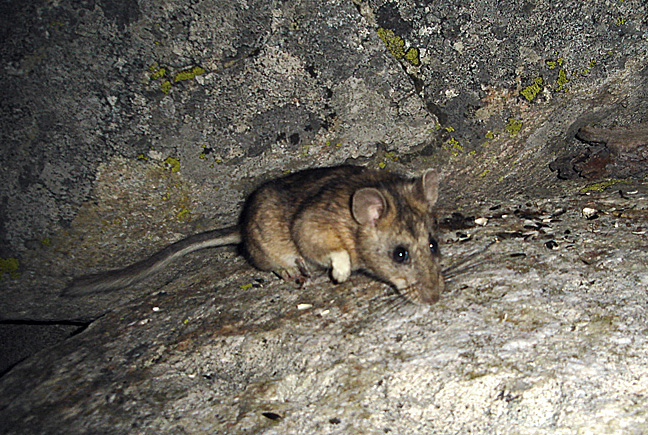 They are all good-lookers though.
Posted by Camera Trap Codger at 8:28 PM

Truly a princely species. And you have such great shots, Codge. So far the bushy-tails have only given me blurry glances at a distance. Perhaps 2013 will bring luck.

May charming bushy-tails bless your camera with their winsome images.

=) I was SO excited when I moved here and my husband said the rats in the wood pile were bushy-tailed woodrats. I like the native woodrats in So. Cal. just fine (huge ears, quite cute), but wow, these guys are EXTRA fluffy. aw... Delightful shots. =)

Agreed, why hasn't anyone made a bushy-tailed woodrat stuffed toy, or for that matter, a soft snuggly mountain beaver toy?