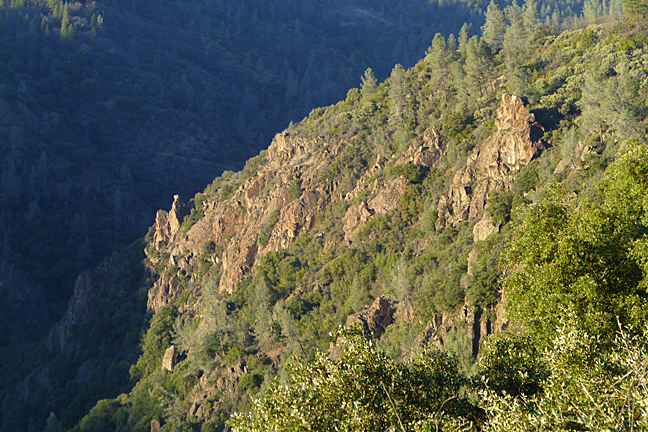 Clyde fed it outside the cabin, though apparently this wasn't necessary because the cabin was well stocked with mice.
Posted by Camera Trap Codger at 8:14 PM

I've been having a frustrating time, seeing the tracks of many carnivores veer off and avoid my cameras (we have snow cover which is why I know this). I'm going to try a scent lure, and I'm wondering if you've found a good source for the components of the scent lures that you've written about in past posts (mainly to attract cats). I'd prefer not to support a trapping company but they seem like the main sources. Thanks in advance! I'll check back here in case you have time to answer or kynabear5ATgmailDOTcom will get it to me.

I've learned a lot by going back through your posts and appreciate all the work you've put into teaching people like me. I'm a biologist but my training isn't in wildlife biology so this is a whole new world to me.

Ummm...I'm not seeing a picture.
Clicked on the small white rectangle I _do_ see, and I get a google page that says "not found".

I thought maybe the whole thing was completely covered with snow...maybe...!

Sorry, folks. I pre-scheduled several posts before I took off for Myanmar, but now it's fixed.