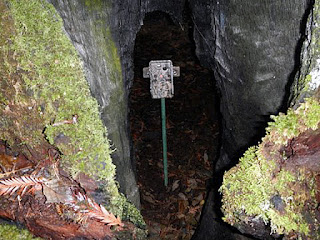 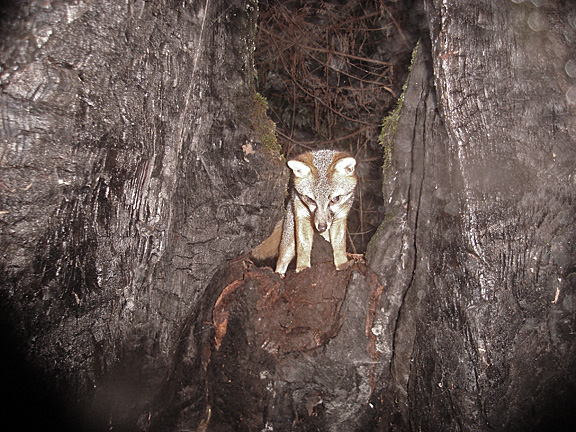 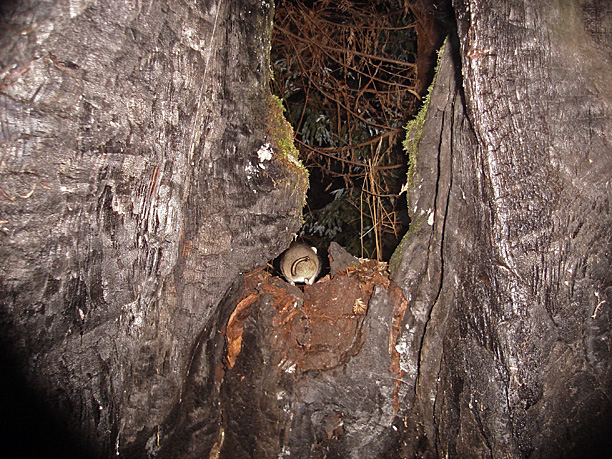 Yea but I like that gray fox photo a lot.

The Gray Fox's curiosity and the rodents behind would be good enough for me. The next time around will be more interesting Codger.

Ah, the great expectations of cam trapping. Outside of those cute cabin shots, my last round in the Tehachapis was pretty sad too. I even forgot to put a memory card in one of the cams. D'oh!

So I was thinking about doing this with a field course I will be teaching this summer in the Sierra Nevada. I have the cameras and I was initially only going to c-trap for rodents. Do you have recommendations for c-trapping for other mammals? I.e., do you use meat or other scented bait?

I wonder what will happen if a bigger animal "attacks" the camera?

Christopher and Haddock, read on in the blog and search for subjects of interest. Theres's a good chance you'll find what you are looking for. Christopher, you may be interested in my camera trapping workshop, where among other things we talk about various kinds of attractants and techniques. See the workshop pages on the blog's front page (upper left).

Thanks! But, I am teaching for the month of June. Also, I will be traveling during July.

I have found some information on the c-trapping, but I have been following your results and some other blogs, so I thought i would go to the direct source of those whose work I have closely evaluated and enjoyed.