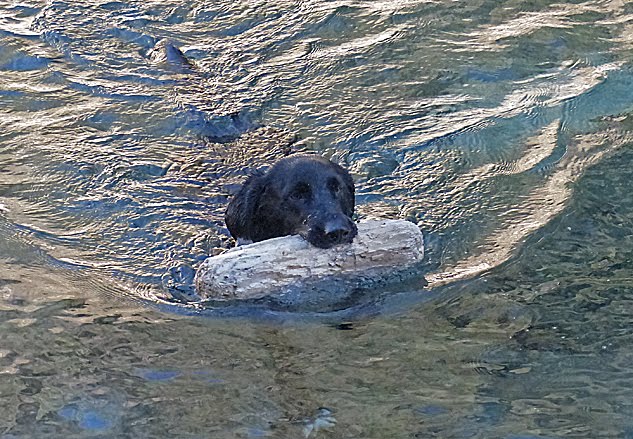 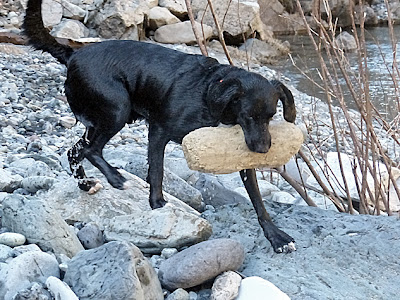 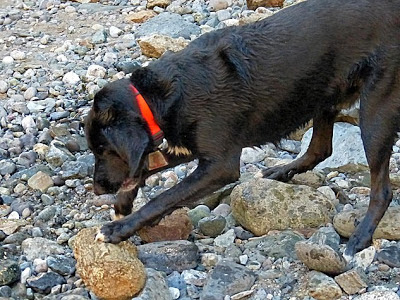 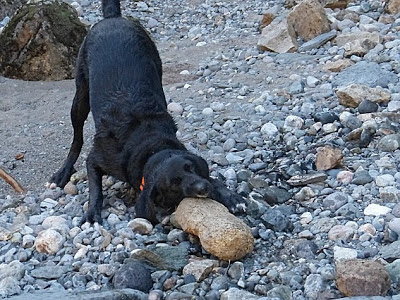 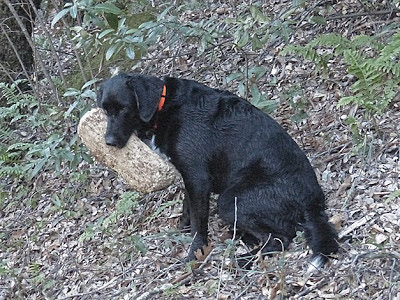 He crashed as soon as we got home.
Posted by Camera Trap Codger at 11:09 AM

My dog, Ella, is that way about pinecones. We can take a mile walk, start with one pinecone and end with it. You gotta love it.

To have a lab is to love a lab. They are great dogs with wonderful sometimes quirky personalities.

Fred's a lab-border collie mix (a "borador"), with maybe some hound blood from the lab side. He can herd cattle and old folks who spread out on the hiking trail, but he's goofy for retrieving sticks and swimming at any time of year. When he scents a game trail he yodels like a hound. We love the bugger.

I assume that you carried the beloved chunk of driftwood back to the car for Fred?

Incorrect, my friend, but I'll have him wear his dog pannier next time around.

Lab, border collie, whatever, he's got that "object carry" thing down pretty well.