Nelson and Goldman in Mexico 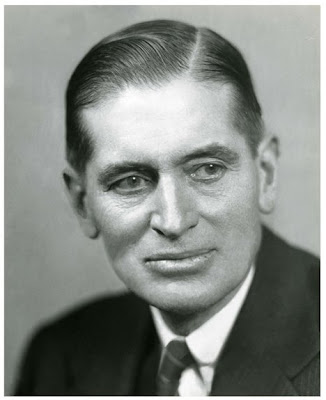 I discovered the book when I was an undergraduate restless to cross the border and savor field work.

It’s not a travelogue you’d find in a bookstore, but a snapshot of rural Mexico.

“Nahuatzen (8700 feet) October 8-15, 1892. . . . A notable resident of the pine forest was the imperial ivory-billed woodpecker (Campephilus imperialis), which appeared to be common.

“Santa Rosa (San Pedro Martir Mountains) (7000 feet): July 24-25, 1905. . . . During our stay the carcass of a burro in Santa Rosa Valley attracted about a dozen California Condors, and we were able to obtain a specimen in addition to one taken in La Grulla. Others of these great birds were seen, and they appeared to be rather common in that part of the mountains.”

It all started in 1891 when naturalist Edward Nelson, then 36 years, hired the 18-year-old Goldman. [Photo credit: Biological Survey Unit, USGS Patuxent Wildlife Research Center]
Nelson needed an assistant to collect zoological specimens for the Division of Economic Ornithology and Mammalogy, the forerunner of the US Biological Survey.

Their charge was “to traverse a central section of the Republic” of Mexico.

They landed at the Pacific port of Manzanillo in January 24, 1892, and two days later they trapped a large narrow-headed tree-climbing rat in the tropical deciduous forest skirting the port.

If it was that easy to discover new species, to hell with limiting themselves to central Mexico.

For the next 8 years they immersed themselves in Old Mexico.

Conveyed by rail, steamer, schooner, mule train, or horse car they went up and down and back and forth across the country. They trekked the highlands of Guatemala.

They ate beans and tortillas, as well as the game they shot.

There were periodic returns to the States and the occasional rendezvous with colleagues, but when they weren’t on the move they were collecting and preparing scientific specimens. Over 30,000.

So it makes you wonder.

Why didn't Nelson and Goldman share their adventures with a wider readership?

Was the US government interested only in Mexico’s wildlife? Or was zoological collecting a cover for gathering intelligence?

In other words, was their expanded geographic scope of interest driven by more than specimens?

However you look at it, the benefits had to outweigh the risks, which were considerable when the two young naturalists arrived.

Banditry, for example, was a way of life. The Rurales – Mexico’s version of the Texas Rangers were thinly spread across the country, but doing their best to knock the heads of banditos together. 
The Mexican revolution was brewing, and Doroteo Arango Arámbula, otherwise known as Pancho Villa was beginning his notorious career. Only two years earlier he had been arrested for theft of mules and arms.
Despite letters of introduction, itinerant naturalists like Nelson and Goldman have a way of raising the eyebrows of public officials and the military.
When I think of them I hear faint mariachi music, and rippling in the heat waves I see mounted men in sombreros and panchos -- interrogating Nelson and Goldman . . .
”Trapping ratones!” Chuckles the Comandante as he turns to the troops.
“Ai muchachos”, he announces lustily, “did you hear that? The Greeengos want our ratonnnnnes.”
Wild laughter and stirring horses.
“Ahora, mi amigo, how about you tell el comandante why you are really here?“
Unfortunately, we don't know the stories, and if ever they were recorded, they might be stamped Top Secret -- and  forgotten in a vault somewhere in Washington D.C.

Acknowledgement
Thanks to Dr. Al ("Alfredo") Gardner, a well-seasoned naturalist-traveler with many tales to tell, for providing the US Biological Survey (USFWS) photos.

Things in Mexico weren't so different in 1983 when I was looking for howler monkeys along the Guatemala border. I was stopped often, I believe because of the Chiapas situation. I had to pass through the same intersection a number of times and was always stopped. The last time I was stopped the guy waved me ahead and the flag flew off his stick, and we shared a laugh at that. Later I was trying to buy a pair of rubber boots. My feet are bigger than those of most Mexicans. A big Mexican guy in a suit and tie who spoke English asked why I wanted the boots. I told him I was looking for monkeys and he said "I'm a G-man. you know what that is? I'm watching you"

I have Goldman’s book—a real treasure. Guess you’d be shot looking around those places now.

I also have Calverts “A Year of Costa Rican Natural History”. Another good read, but you can still go there and not be molested. And things are pretty much the same, as I understand it.