We were buzzing down a forest service road on Carl's quad and almost missed it.

It was just another turd on the road, and it wasn't steaming, but it was fresh, and it was big, filled with hair and bone.

"This might have been left by a wolf. I'm setting a cam here."

I've always had good luck with scat sets -- that is, a camera trap set at carnivore scat, usually on a trail.

I added a few drops of synthetic civetone to give it a little olfactory sparkle.


Set 577 was reasonably productive, but as luck would have it, the only wolves to show were of the domesticated variety.


A bobcat paused to give it a sniff, but I can get bobcats at home in California, and would have been much happier with a picture of Canada lynx. 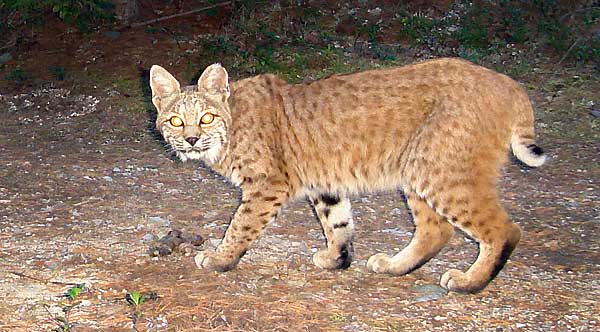 The same for a striped skunk that checked in, 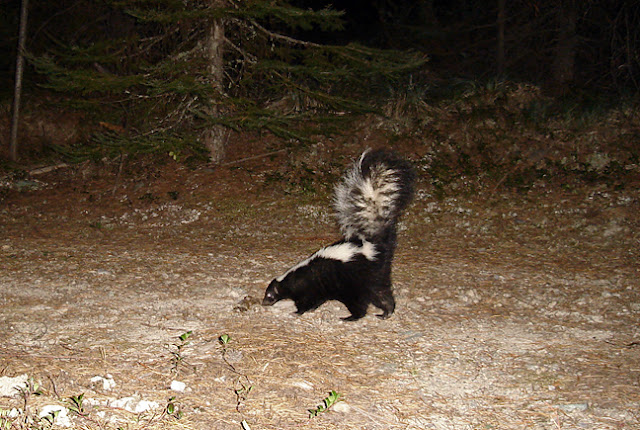 though it gave a good photo when it mosied over toward the camera. 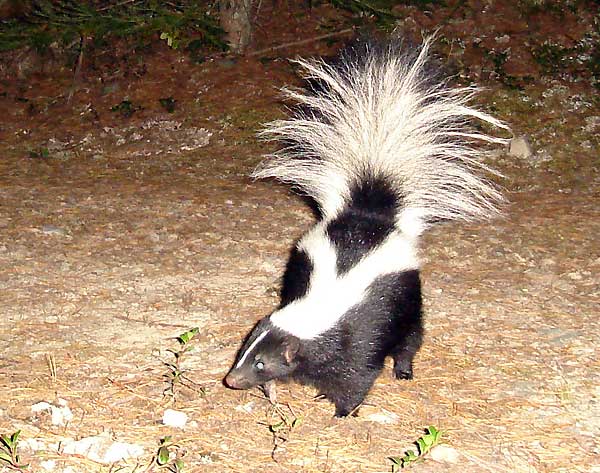 The herbivores couldn't have cared less about the scat, but snowshoe hare and Franklin's grouse are new species for my camera trapping life list.


Snowshoe hares of course are legendary for their cyclical predator prey games with the Canada lynx, and they're dirt common in this neck of the woods.

We got a fair number of photos, and this is the best I can show.


Franklin's grouse, a subspecies of the Spruce grouse, was more cooperative and also gives us a flavor of the north woods. 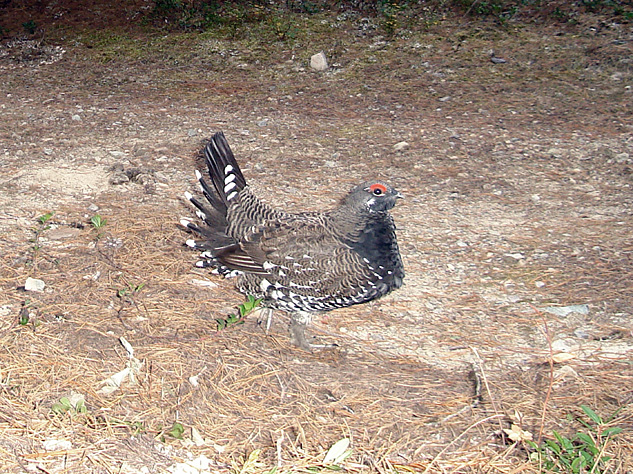 And of course there were white-tailed deer and chickarees, which you've already seen. 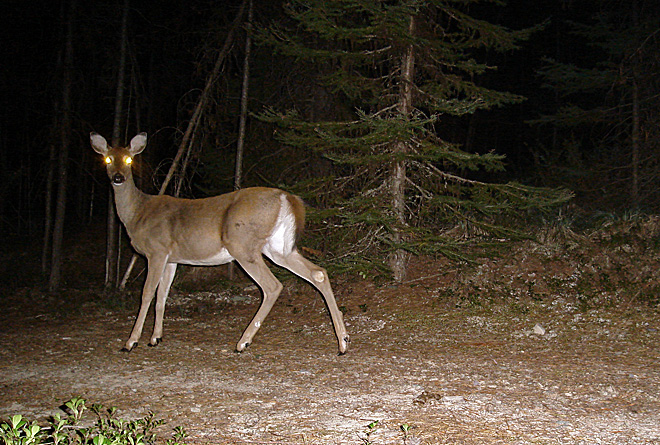 Posted by Camera Trap Codger at 8:33 AM

This summer I was in Alaska, and I was in love with the hares. They do live here in NY, but I've never seen one where I live....and when I got to AK on Memorial day, all the hares looked like the pic you posted, only the white was on the way out, not in! Cool pictures.

Very nice set, I particularly like the grouse shots!!

Do you think the Grouse was just using the road to pass through or do you think it was actually attracted to the scat?

JK -- I think it was using the road -- several went past the camera.

You got some good ones Chris.

Great grouse shots. I love getting good photos of ground birds, and grouse would be a major coup.