A bit of camera trapping history 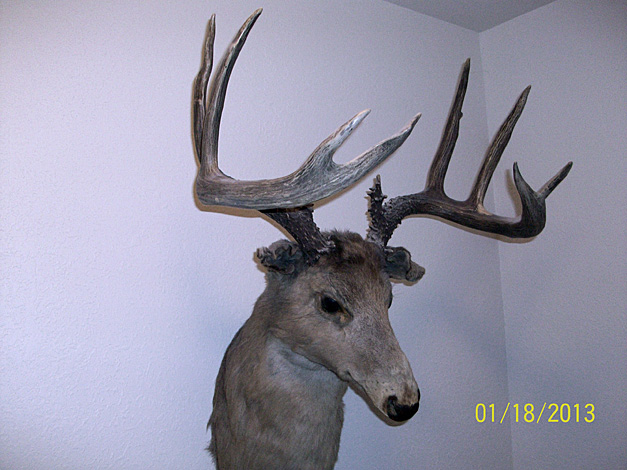 If there are any camera trappers out there who would like a bit of camera trapping history to hang in their den or cam-hacking workshop, this is your chance.

The buck white-tail shot by George Shiras, 3rd is for sale.

This is the 275 lb. buck shot by Shiras one-mile west of Whitefish Lake Camp, which can be seen on page 206 of his Hunting Wildlife with Camera and Flashlight (volume 1).

The mount will be auctioned by Scott Heikkila, who lives in the UP knows Shiras's old camera trapping haunts.

Says Scott, "I have been to lots of the places that George has and really like his books and photos.  I have had the head for a long time and would like to see it somewhere that it can be appreciated by more people."

If you interested email Scott at Heikks@hotmail.com.
Posted by Camera Trap Codger at 9:19 PM