Orofino Mine in January 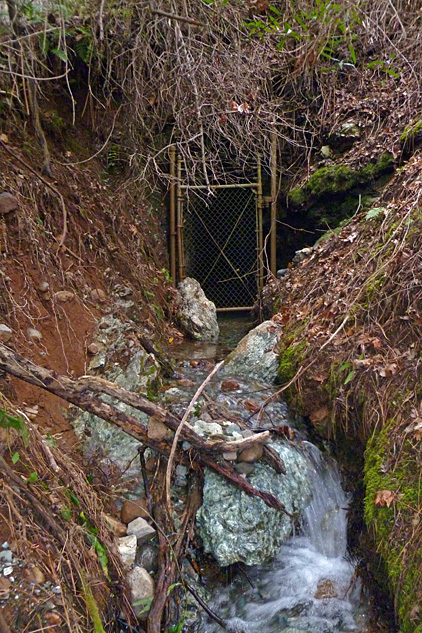 It was a cold dark day when I turned off the dirt road and followed the trail down into the woods.

Not a day for photography, and not weather that summons young folk to recreate with libations at a local mine.

But a good day for a codger and his dog to explore.

I've walked past this trail at least 100 times, noticed the beer cans, and knew the Orofino mine was near.

And last week I could have sworn someone was baking bread down there. Now I know it was just another smell emanating from under the hood of my truck.

The faux bread smell peeked my interest. Could someone be camping at the mine? 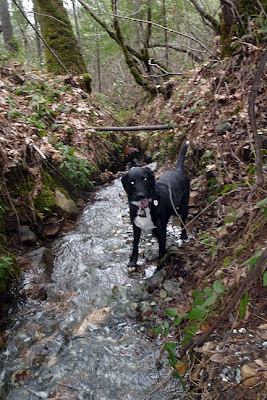 I followed the trail beside a seasonal creek, and then I heard the clean rush of water -- another creek was sluicing down a trench to my left.

Fred led the way, and there it was -- the Orofino Mine. 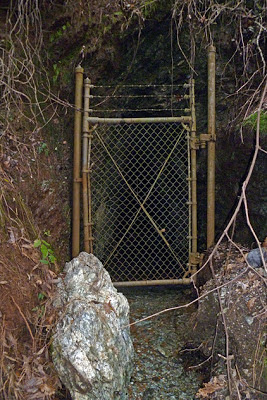 No sleeping bears in there, not that the gate would keep them out. 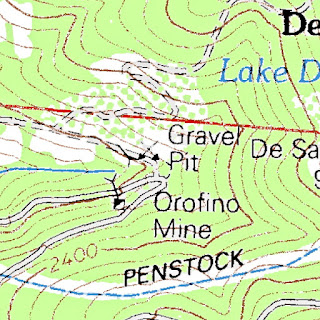 Check it out in the East Paradise topo map, and you see that the mine (Y) actually goes under Powerhouse road.

It seems to have a vertical shaft (the square symbol) above the road, but the shaft is hidden in a patch of Himalayan blackberry. 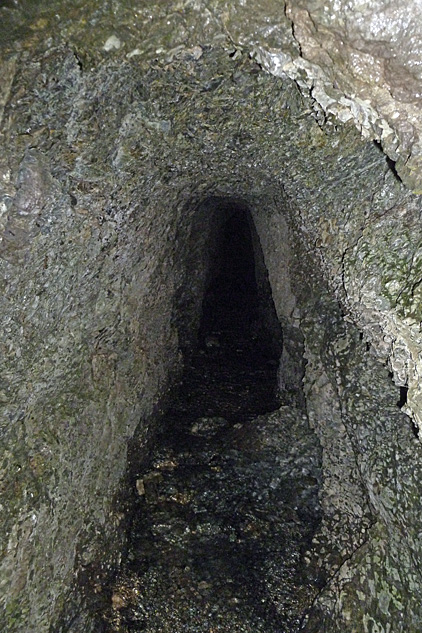 The mine looks relatively safe. None of the collapsing walls I found in the Indian Spring Mine near by.

It will be a while before the road collapses into the subterranean void below.
Posted by Camera Trap Codger at 8:11 AM

Are you planning to set a camera trap in there this year?
If so what would you expect to get?

Wouldn't chance it, but I'd expect local yokels like me.