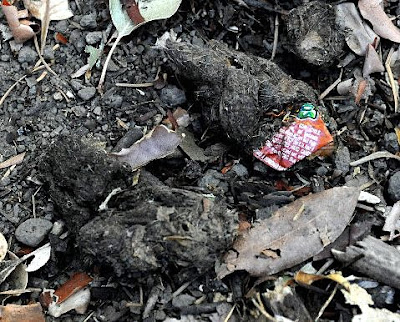 Rich encountered this scat while checking the camera trap line on the mountain. There was more to this coyote scat than the usual hair and bones.

The critter had bolted down a package of Bolitochas Tamarindos, or at least the wrapper, which was pretty much intact. This Mexican confection is described as "tamarind flavored hard candy balls with a chili filling for an extreme burst of flavor".

Where it found the candy is another question. Did some campesino lose his snack to a prowling coyote? Or did the coyote find it in the trash at some construction site? 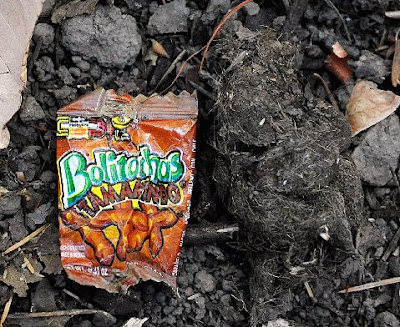 When Rich checked the cam at the puma scat, there was an image of a female coyote -- possibly the candy snatcher. Though coyote scat is common on the trails, this is our first picture of the species.

Unhappily, the camera had shifted in the case, possibly due to the bear's mischief, and the animal's head was cut off. 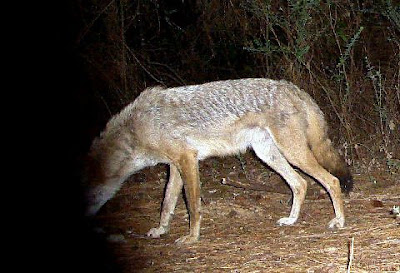