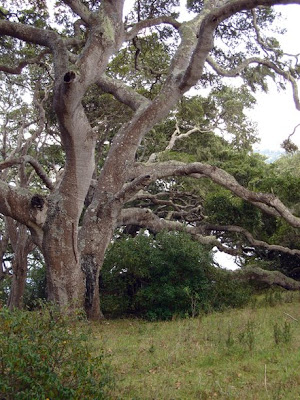 The old coast live oak in Marin County had possibilities. It was picturesque and had low lying limbs. 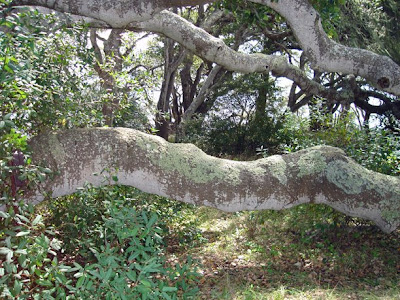 I hid the camera in a toyon, and aimed it along a low limb that even a three-legged critter could climb. A few dabs of castoreum a drop of civetone. Then some toyon leaves on the camera, and it was ready. 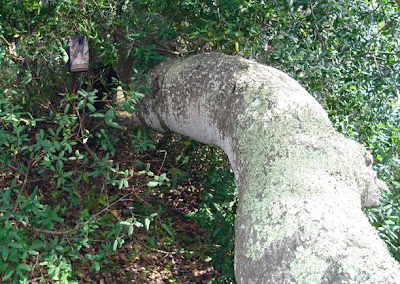 I got only 5 pictures over 43 days, and all were of raccoons. The first appearance was 2 weeks after I made the set. 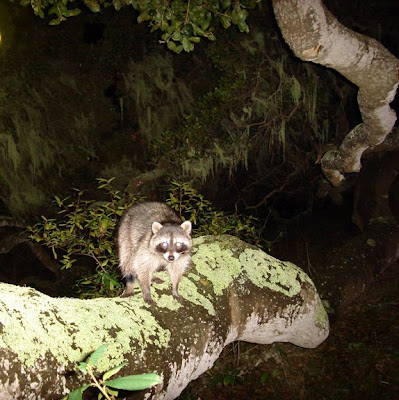 Nineteen days later (March 9) there were two visits. A pair showed up earlier in the evening, and a few hours later a singleton climbed the limb to check the scent. 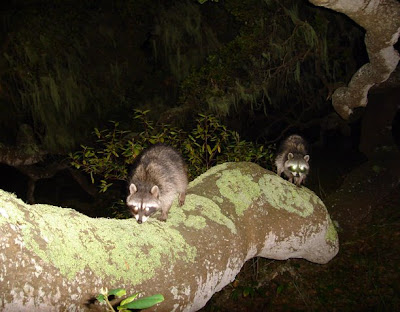 I had expected a ringtail (Bassariscus astutus) . A few years ago, one had been sighted not far from here.

I guess I can't complain. I got a "ringtail", just the wrong species.
Posted by Camera Trap Codger at 8:46 AM

What a beautiful location and really liked the first raccoon photo.

You're the man Chris!
As usual you have proven that you are a pro and the results speak for themselves.