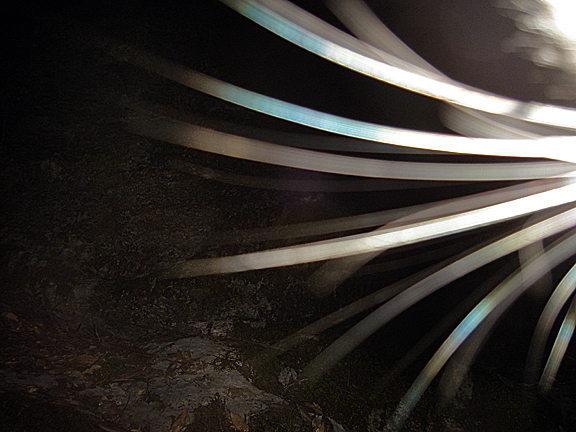 You have viewed your camera trap pictures and find that 18 of 27 images are of whiskers and a furry out-of-focus face.

What do you conclude, good reader?

Most folks would allow that the animal noticed the camera, and that it was sufficiently curious to examine it.

Here's the curious animal with those whiskers. 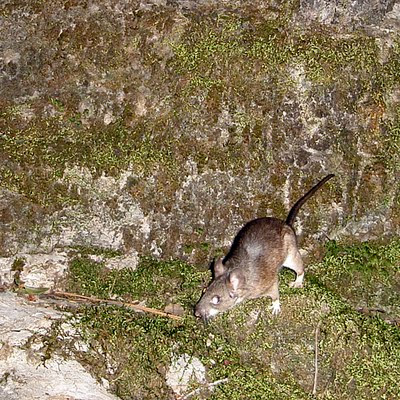 To give you an idea of the distance separating "stage" and camera, here's the set up with Fred giving perspective. 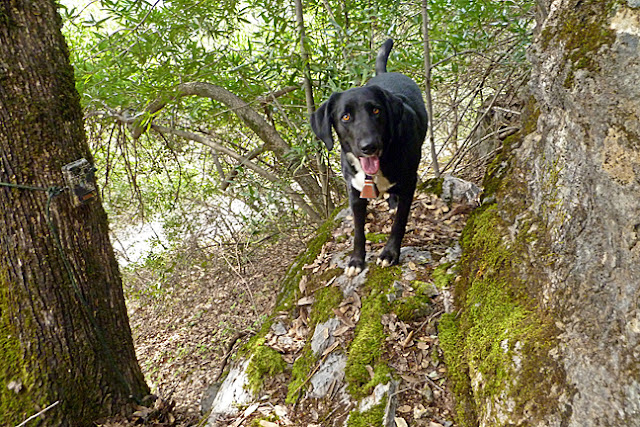 Wood rats and even the lowly opossum react to camera traps by getting up close and personal.

Bears sometimes take the camera apart, and elk have been known to lick and slobber them out of focus.

Camera botherers don't just react to the thing that flashes in the night. They also react to cameras in daylight that don't flash.

Folks are inclined to attribute different motives to camera-curious mammals depending on popular belief.

A camera-curious possum is vaunted as a genius of its kind, an elk is credited only for its acute sense of smell, and a camera-ripping bear is seen as an angry victim making even the score with the insulting flash.

I have to take my share of the blame for embellished interpretation, but in fact, I believe that simple curiosity drives most mammals to examine camera traps they encounter in the woods.

Of course, there are differences among and within species in that mysterious realm of subjective phenomena.

But the measurable difference between species is in what it takes to satisfy their camera-curiosity.

The elk sniffs, tastes, and thrashes the camera with the antlers, while the bear opens it and takes it apart with claws, jaws, and teeth.

The wood rat is equally bold, but satisfies its curiosity by looking and sniffing.

Given enough time, however, I wouldn't be surprised if wood rat gnawed a few holes in it.
Posted by Camera Trap Codger at 10:11 AM

Last fall, I captured a number of photos just like that one. The subject was kind enough to back away after also rubbing his tawny fur against the camera case. He was a cougar.

I'd just recently acquired the camera case, and I had to wonder if the case had been previously used by someone who accidentally left a scent like catnip on it.

Might have been the case -- LOL. They definitely notice changes in their neighborhood.