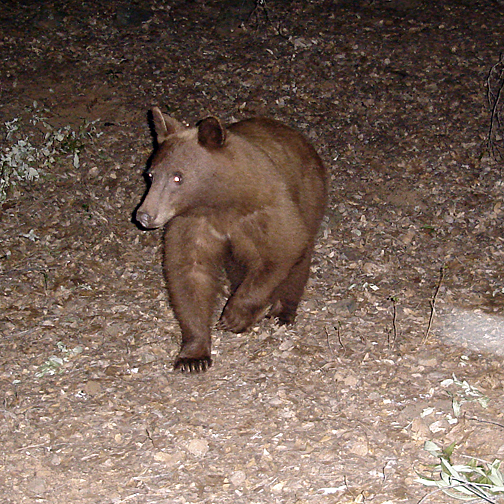 A few weeks ago two bears made an appearance at a camera near the house.

The cinnamon-colored bear was well-groomed and muscular, and the pictures tell me it had a calm but cautious presence.

If this was Scruffy, whom I encountered several years ago as a cub, she had grown into a fine specimen of womanhood.

Blackie on the other hand had a clownish bearing. 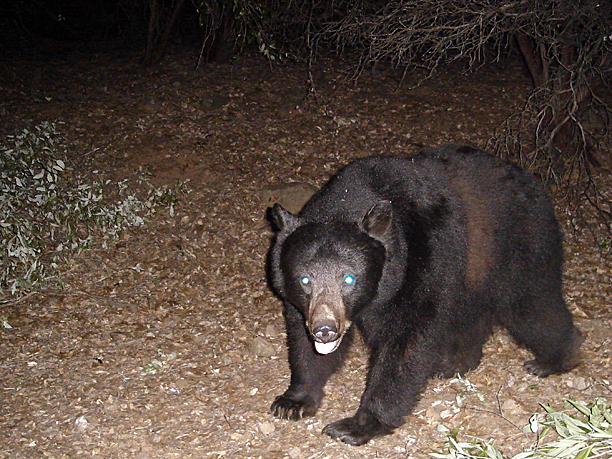 The camera was attached to the tree with a bungie cord and armed with a spiked bear guard.
Cinnamon approached and examined it with an inquisitive look. 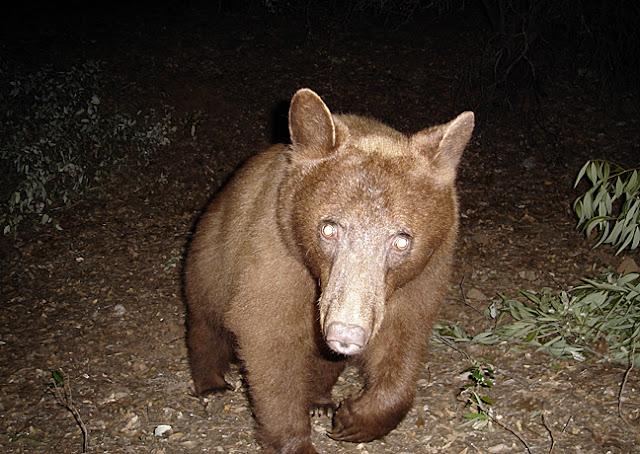 The camera's position didn't change, so I know Cinnamon didn't touch it. 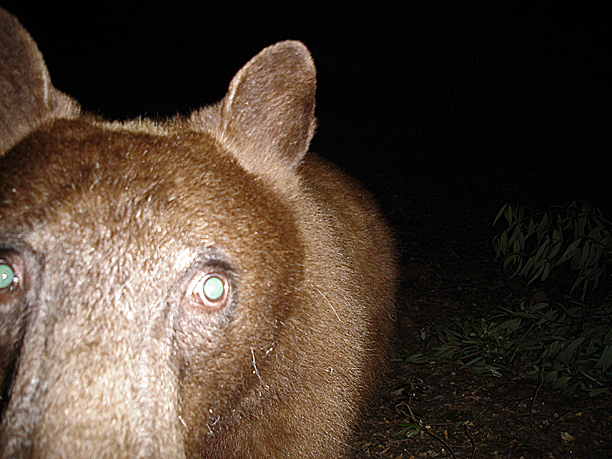 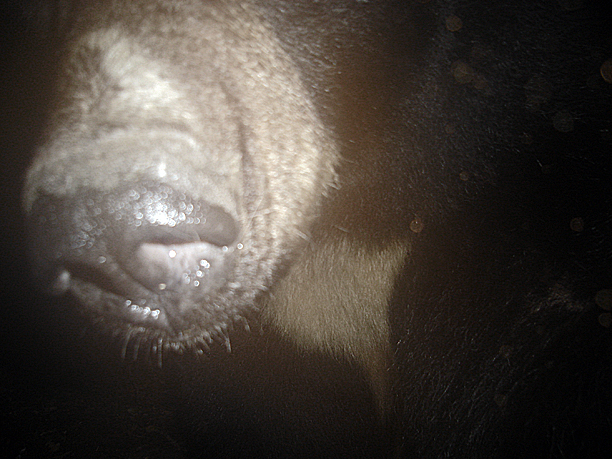 It  pawed the camera and tipped it toward the ground, and the cam snapped three pictures. 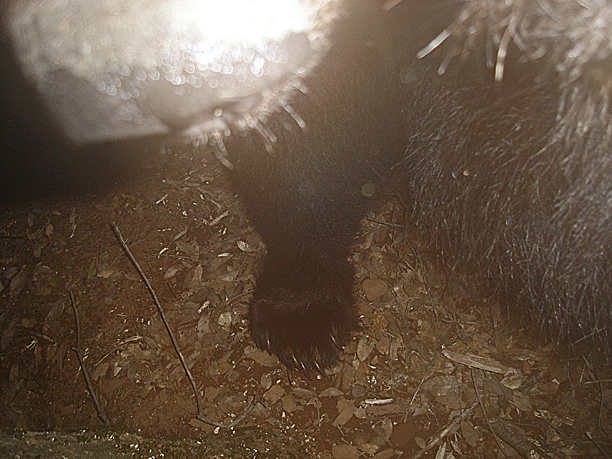 The spiked bear guard did its job, so no damage was done.

But the interesting thing is the different way the bears reacted to the cam.

Maybe it as just a difference in mood or hunger, but animals differ in disposition.

Maybe they just have different MOs.
Posted by Camera Trap Codger at 12:40 PM

I was involved in a survey with Cuddebacks in a very bear-heavy area of the UP of Michigan a few years ago. Basically, none of the many bears we photographed paid any attention to the cameras...some even took the flash in the face over and over with no reaction. I thought for sure they'd mess with them alittle.

We put some bait/scent down and maybe that diverted their attention alittle?

That cinnamon bear is cool looking.

Funny, I looked up "camera bear guard" to try and picture it, and a post YOU wrote on how to make one came up. And I saved it (for work). Nice. Yes, I've heard bears, like so many other animals (incl. H.s.), do vary quite a bit re: temperament. Those are lovely shots of fascinating creatures. =)

I think every bear that passes one of my cameas just has to stop and check it out.