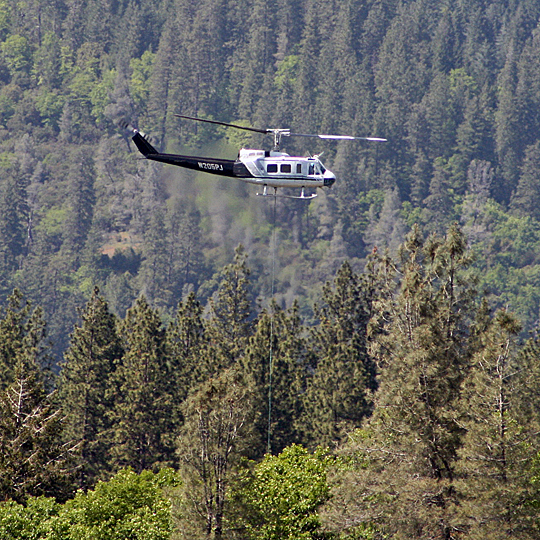 While their engineers geeked madly to get it going again, and bloggers like yours truly were harboring unkind thoughts, our local rescue squad whacked into view down slope from the house.

The chopper hauled a long line attached to a coffin-like litter.

OMG -- was I witnessing a human drama?

The vultures were also out in full force. Was there a corpse down there in the manzanita?

Grabbed the camera, tripod, telescope (and a cold beer) and hurried outside.

The pilot lowered a coffin-like litter into a clearing; the hovering chopper descended to within 50 feet of the ground, and then rotated.

Someone climbed half way out of the cabin -- apparently peeking down.

Then the chopper ascended and headed down the canyon. As the coffin turned I could see it was empty.

It was just practice, and they practiced in the same place all afternoon.

Late in the night Blogger was working again, but they are still trying to recover lost posts.

I was lucky -- I only lost a few comments to the previous post. 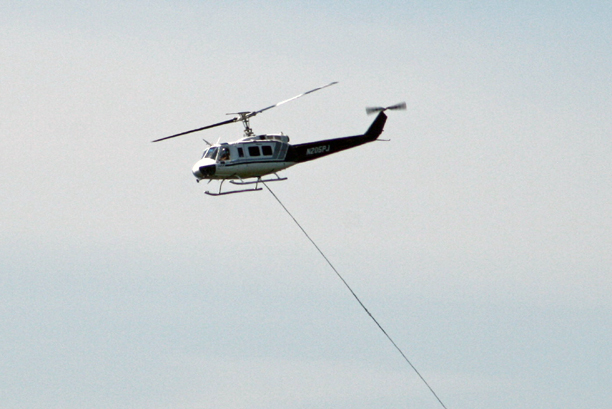 Posted by Camera Trap Codger at 10:44 AM