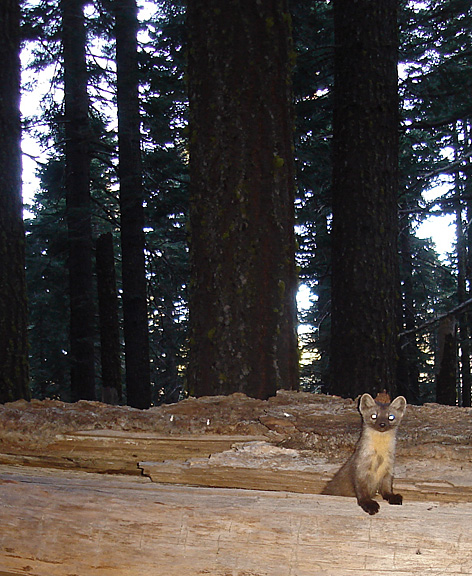 Day was breaking when the marten caught a faint but familiar scent of squirrel and followed its nose to a old fallen red fir. 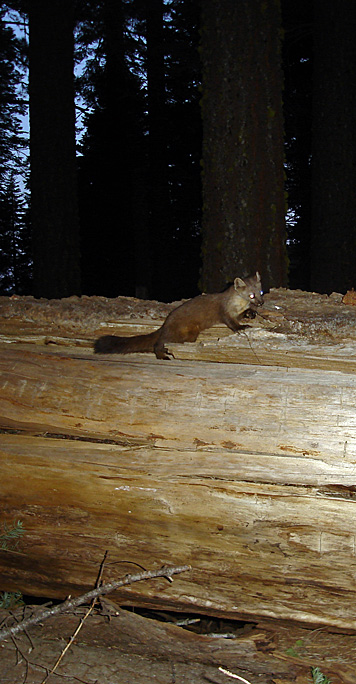 That's where it discovered the camera trap that periodically flashed in the dim light.


But the camera didn't detract it from its goal.

It soon discovered that the squirrel was deep beneath a huge splinter of sap wood. 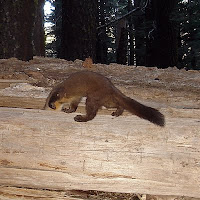 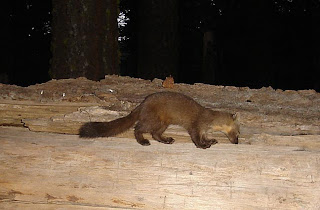 It squeezed down into the gap and seized the prize.

A week later a large male marten crossed the log.

Perhaps the scent of squirrel and marten still lingered. 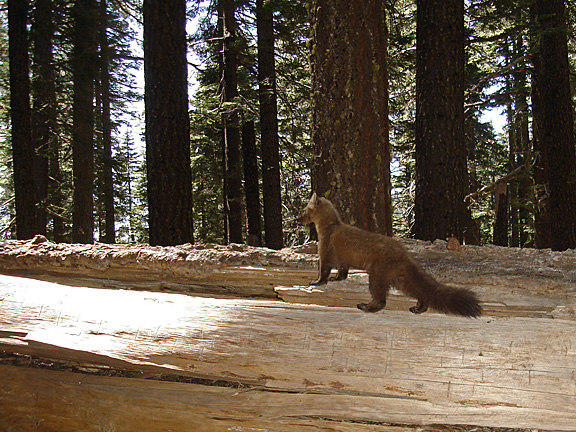 Yes! Great captures, so glad we got something up at that spot.

Outstanding photoss! You guys are good.

What an awesome group of photographs.

You're going Great Guns. What's next?

It was awesome seeing the actual set-up spot and then seeing the Marten pictures. Really amazing set Codg!

Great shots of martens! It doesn't get better than that.

Very impressive. You had just staked out the log in the hope that someone would come along?

Thanks all, and as for Chas's question, I knew that there were martens there, having cam-trapped one at a boulder set down the hill 3 years ago. But I dodn;t know what to expect other than the ususal suspects, such as gray fox, bear, and bobcat.

Only a mustelid was going to be able to get that squirrel haunch out of the log as deep as you had jammed it in there. Fantastic shots. I am glad we did not walk any further up that hill.