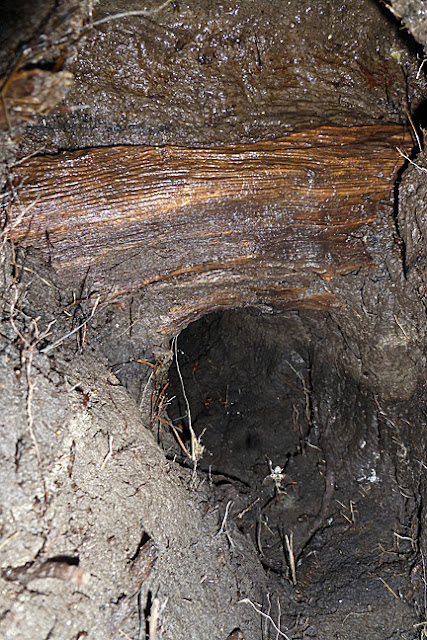 My obsession with showtls took a new turn this summer.

Two hours later two cameras were positioned to capture photos of the beastie in its underworld.

The showtl's tunnel was squarely in the middle of an alder thicket, and Montana Carl announced his intention to stay clear of alder, which he claimed had taken liberties with his person ever since the first day of the workshop.

In point of fact, springy alder limbs had been goosing all of us.

Making the sets therefore fell on the shoulders of the more agile young folk, while the two codgers sat on the sidelines to kibbitz. 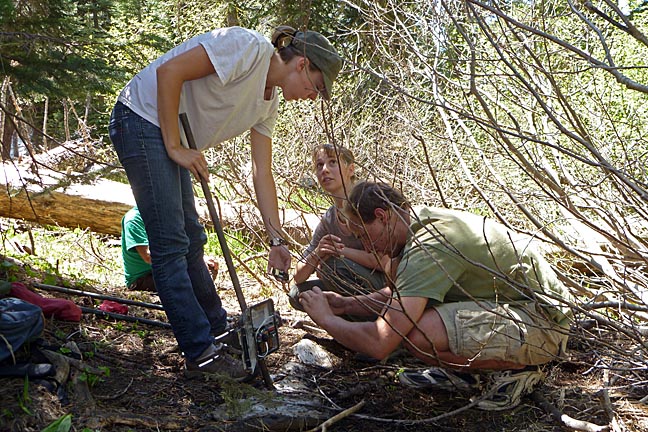 The first task was to find the best location.

Several cave-ins had left gaping holes, much bigger than showtl burrows, that murmured of water and mosquitos within.

"Who's gonna stick their arm down there and take some pictures of the tunnel?" 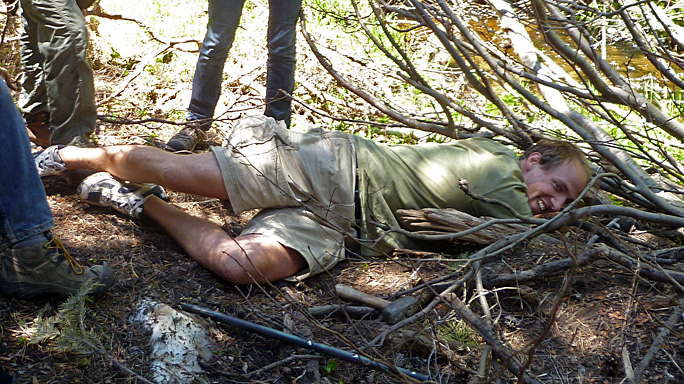 The pictures showed us that the tunnel was anything but straight, and passed through a morass of buried timber and roots. 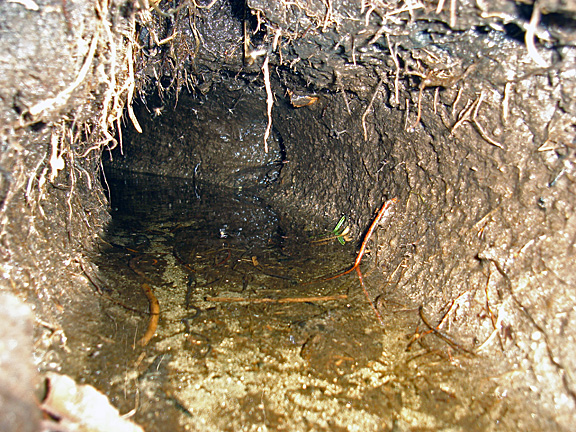 In some places it was an open trench. 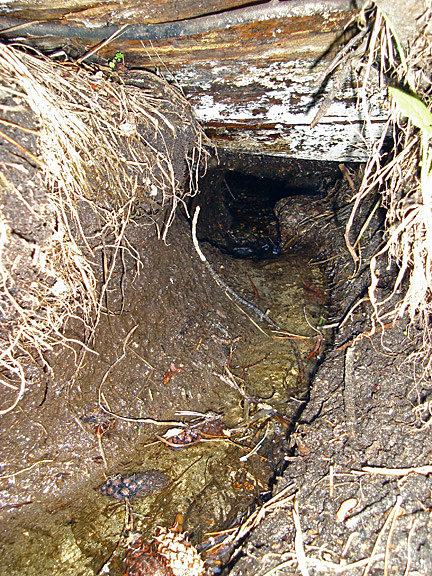 Next, we had to decide which cave-in gave the best subterranean perspective.

Snow water had created a small cavern immediately inside one of them.

It was an ideal situation for a camera trap: we could stake the camera and yield right-of-way to passing showtls.

Seabass drove a 1" pipe into the bed of the subway, and lowered the cam on its mount to just above the water. 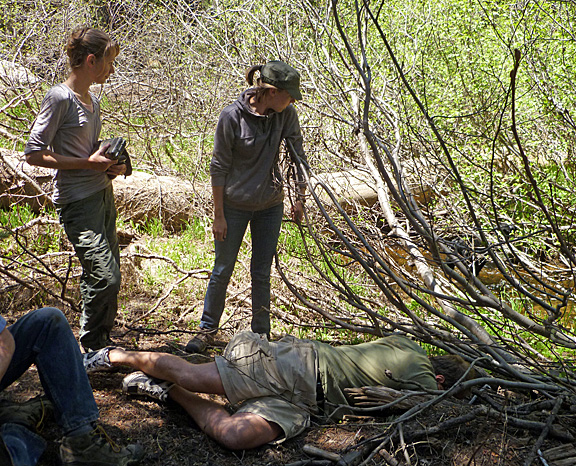 The afternoon dragged on as we fine-tuned the camera's position, but we were all fluffed up with our cleverness, and for good measure we hurriedly staked a second camera down another chute.

Then we headed back to camp for a well-deserved happy hour.

Awesome. Cool tunnels, and your handy-dandy-I'll-shove-my-arm-down-there guy reminds me of a strawberry blonde herpetologist I know who is always all smiles and Up for Anything. Super upbeat, and the first to say "Yeah! Let's do it!"

Man, how cool! What a great idea.

Can't wait to see what you all uncovered.