If you are trying to read this dog's body language, allow me to help.

He was a shy pie or pariah dog, and he didn't want his picture taken.

This was the best I could do.

We had stopped on a country road to buy dried fish (camera trap bait), and as the lady weighed out 3 D-cells worth of fish I noticed the pie dog. 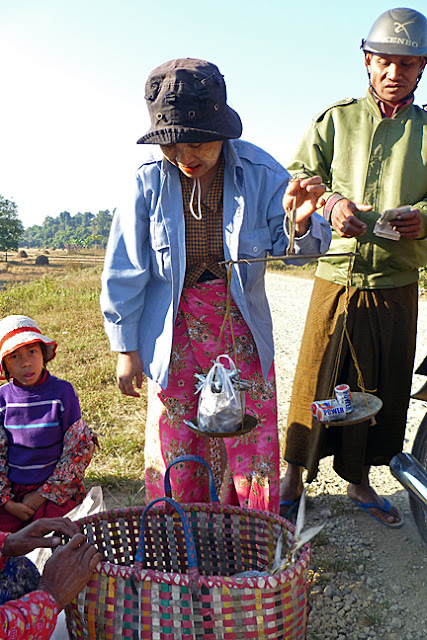 He was clearly trying to be discrete.

So I sidled around the family members and he lowered his head. 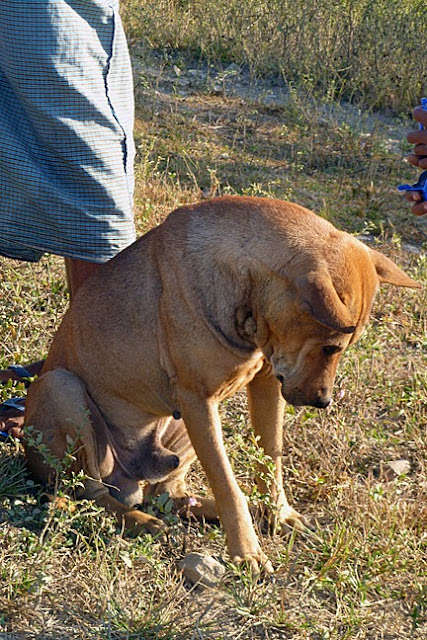 Good enough, I thought -- I'll just squat down for a shot at his level. 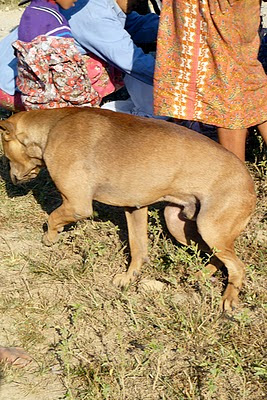 He wanted no part of this weird looking old dude.

Village dogs may keep their distance from strangers, but they are not afraid to look at you.


This dog acted like I was going to catch and eat him.

Frank Kingdon Ward, the famous botanical explorer wrote of a caravan of yoked Chinese dogs --"prick-eared curs of no breeding" on their way to market in the headwaters of the Irrawaddy.

That is far from here, and he had nothing to fear.

And there may be more to his story, but as far as I could tell, he was just a shy pie.

He obviously knew you were trying to steal his soul. :)

It was your Lifebouy soap; it was burning his nose.

I think yous guys is right.