The class shows their pictures


The purpose of the 6 camera trapping teams was to incite a little healthy competition.

Lectures are fine, but once you've heard it, the best way to learn is to go out and do it.

When the teams returned from the field with their SD cards they were eager to see if there were any animal pictures.

No matter how bad the photo, they were thrilled to see it.

Thandar Kyi kept score by tabulating the results in a spreadsheet, and at the end of 6 days we had camera trapped tree shrews, an unidentified shrew, jungle rats, muntjac, hoolock gibbon, great hornbill, Irrawaddy squirrel, and two species of civets -- the toddy cat and probably the Large Indian civet.

A muntjac was photographed the first night.


The tree shrews showed up when we started to scent lure (castoreum) and baits, like bananas.

The toddy cat or common palm civet was photographed on trails and at baits.


A large Indian civet trotted quickly past one camera, but its underexposed image was good enough to identify it.


I encouraged the class to use of bait, and we got a decent number of rat photos too -- all of a long-tailed species known locally as atee-phyu--chewet -- or white-tailed rat. 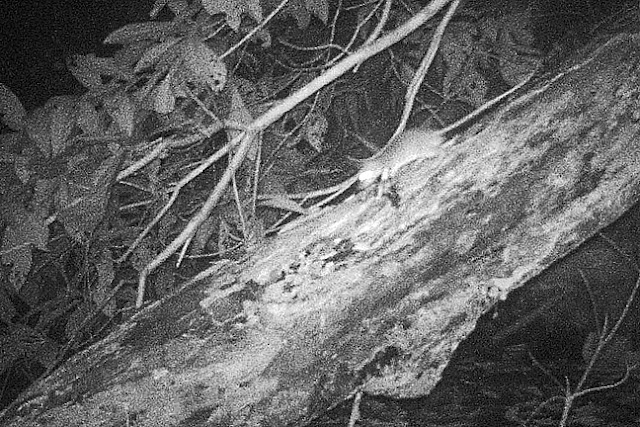 We also had a Chin forager pass through with his dogs. He didn't see the camera, but his dog smelled the bait at the log set. 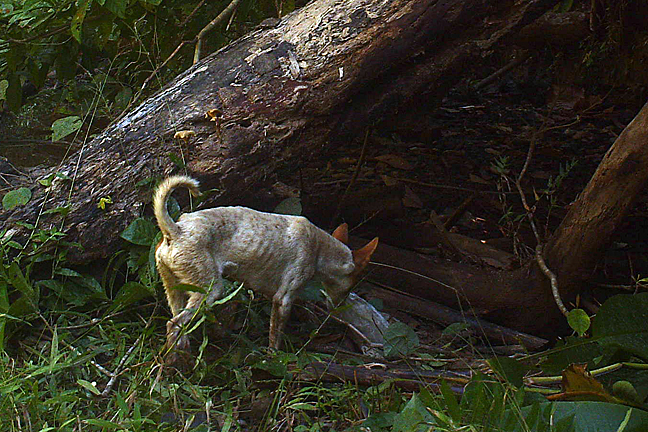 Stay tuned. In a day or two you'll see photos taken by the winning team.
Posted by Camera Trap Codger at 10:24 AM

This is great stuff and I know you had a great time teaching this class.

Great stuff. It's always nice to see some new faces on the blog, especially the tree shrew.

The trip must have been a great experience!