And windfall sets -- that is, resource concentrations like beehives, fish and amphibians in evaporating waterholes, salt licks, and fruiting trees.

While the other teams trudged off to set their cameras at water holes, game trails, and fallen logs, team 2 sought a fruiting strangler fig.

They found one on a ridge, aimed the camera at the trunk, and waited for the fig-eaters to climb up the trunk.


They soon figured out that the fig-eaters weren't climbing the tree trunk.

They were arriving by an aerial or twiggy route, so the team moved their camera up into an adjacent tree to get a view of the canopy.

The result was 700+ exposures -- mostly false exposures of moving branches.

But the tedious task of viewing all those photos was worth the trouble.

The camera had caught 9 photos of a lady hoolock dangle-dining on figs in the morning sun. 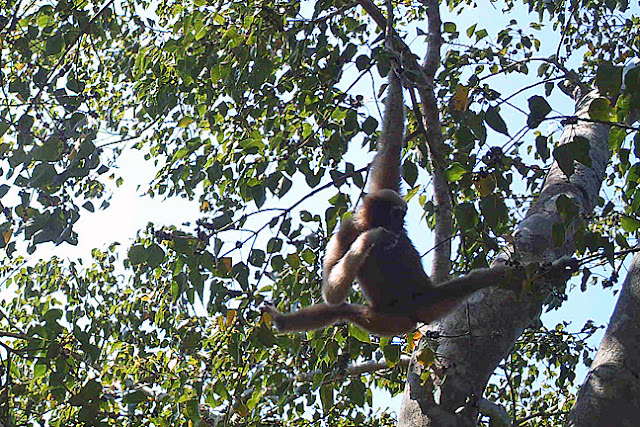 They also got 32 pictures of great hornbills, 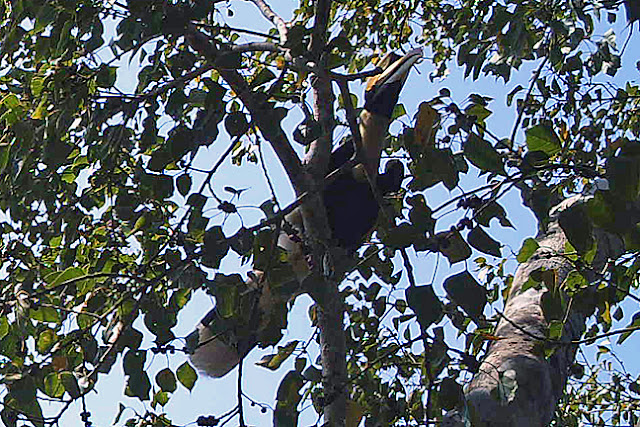 and 4 of an Irrawaddy squirrel. 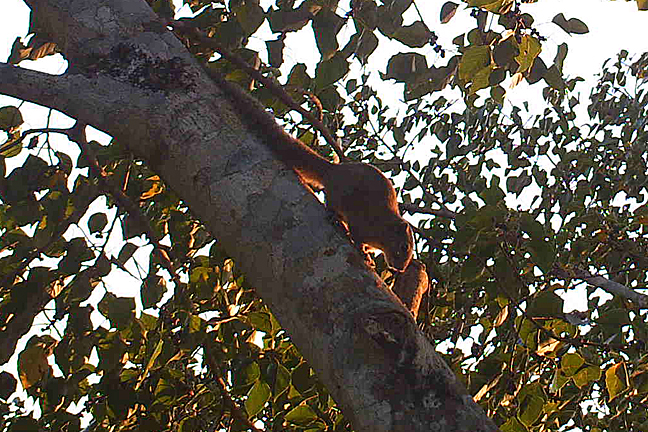 The three members of team 2 were quite pleased.

They were was the only team to photograph these 3 species.
Posted by Camera Trap Codger at 9:16 PM

Nice shots. Sounds like you're having a great time also.

Amazing captures! Sounds like a fantastic experience for all!