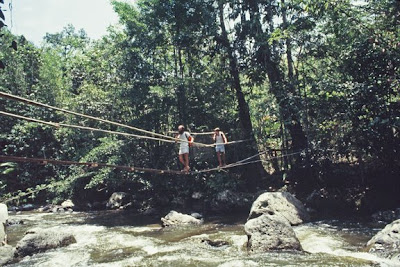 Hauling a large live trap across the River Mewe, Sulawesi

Before I post camera trap photos of the animal, I'm giving you the background.

The Giant Civet of Sulawesi (Macrogalidia musschenbroekii) wasn't a giant at all, but we didn't know that in the mid-1970s.

To us it was a big civet from a big island with an exotic colonial name, the Celebes , located west of Wallace's Line, the sacred beat of Alfred Russell.

At the time it was known from only 11 moth-eaten and misshapen specimens with incomplete data.

That was enough to get us jazzed. We scoured the literature, but learned little more.

When we discovered that mammalogist Guy Musser of the American Museum of Natural History had logged a couple years in Sulawesi's outposts, we paid him a visit.

Musser's schtick was rats, but he knew of Macrogalidia, and took us to a cabinet down a dark hall.

The Sherman live trap is a well-known tool of the mammalogist's trade, but the one he showed us looked more like a beer can from a shooting range.

The civet had terrorized and then eaten the live-trapped rodents on his trap line. The canine-riddled trap was a memento.

All of this was a compelling incentive to do our institutional duty: to hunt down "Macro" and "increase and diffuse knowledge".

My colleague at the National Zoo, Larry Collins, and I wrote a proposal to fund a study, and in due course we received a modest grant. It was enough to cover international and domestic travel in Indonesia, and bare necessities such as food in the field. 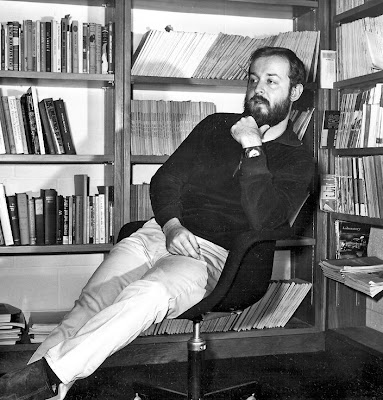 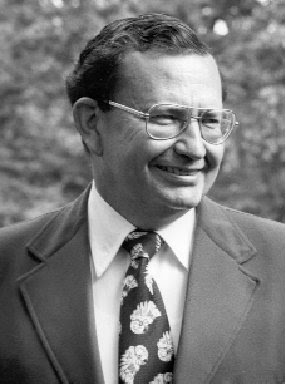 [Dr. Theodore H. Reed, Director of the National Zoo in the 70s]
Reed was a sole surviving son of a military family. Galstaun had been a POW of the Japanese. They had struck it off well, and Galstaun embraced the project. He offered us gratis room and board at the zoo, and travel expenses for the participation of his own staff.

Benjamin Galstaun was an unforgettable grandfatherly kind of character who shatters Yankee notions that worldly people live only in the west.

A small bespectacled man of Armenian and Javanese parentage, he was an autodidact and an artist, fluent in 5 languages. The Kebun Binatang Ragunan, or Jakarta Zoo, was his creation, a shady green place tucked into a corner of Jakarta's sweltering sprawl.

"You can't starve here", he would say. "The fruit just falls on your head. The staff can have all they can eat." That was his paternalistic side.

Because the zoo was a success he was envied and dogged by seamy elements that harbored entrepreneurial dreams.

Why they tried was a mystery. Galstaun was an egalitarian, stubborn as a mule, and given to droll political commentaries. The zoo was invaded every morning by a battalion of widows, whom Galstaun employed as sweepers and groundskeepers. He would support the down-and-out and send his staff to collect civets, but he wouldn't lift a finger for a politico.

He assigned his talented General Curator, Jack West as our liaison. 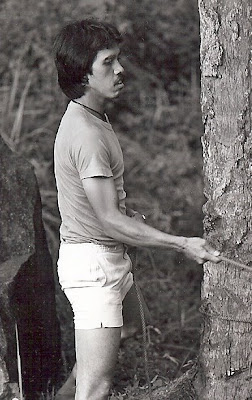 After a week in Jakarta's traffic to get permits, Jack and I flew to Menado and then Palu, bought wire mesh, made live traps, and then bussed to some outpost where we lived with local families. 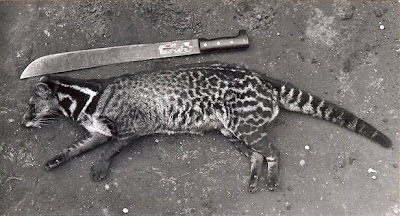 [A tranquillized Malay civet.]
In 1980, Collins, animal keeper Ken Lang, and I embarked on a 2-month expedition.

This time our field base was Dick Watling's jungle digs near Lore Lindu National Park. 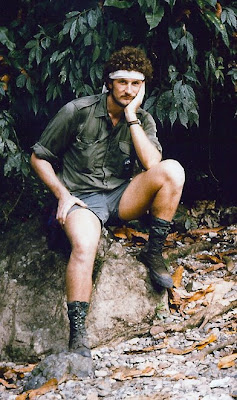 [Dick Watling, then working on a management plan for Lore Lindu National Park for WWF]

We spent our time running the ridges, checking the live traps, and camera trapping.

We caught our civet, and took it back to Jakarta. This time Galstaun met us at the airport.

I wrote in my notes, "On our ride to the zoo Galstaun told us he was no longer director of the zoo, that he was responsible for familiarizing the new director - an army general with a veterinary degree - with the zoo's operation, and that he would be retained for one year as a consultant. . ."

Several months later Jack West sent a telegram that the civet had died of distemper. That was the end of our dream to study the reproductive biology of Macrogalidia at the National Zoo. We published the data we had collected.

On a positive note, with the remaining funds from our grant Jack faithfully guided and financed a graduate student to study the civet's ecology, and a couple years later he finished his dissertation.

Postscript: Ten years later I was again in Jakarta and visited Galstaun's widow who had been allowed to remain living in the director's house.  After an hour of reminiscence she asked if I would care to have any book from her husband's library as a remembrance. I picked Hoogerwerf's "Udjung Kulon, Land of the Last Javan Rhinoceros", and she signed it over to me with a kind note.


Publications from our work in Indonesia

Great post, Chris. I'm looking forward to the next one. I have a number of those canine-riddled Sherman traps myself. I've never been able to identify any of the perpetrators, though.

Chris,I am an amateur nature photographer (Canon)that just learned that trail cameras even exist. I was dissapointed with the photo quality of the cameras I have researched (Bushnell, etc..). I then saw your sight and Cliff's from Castle Rock and was blown away. I am now addicted to setting up a custom system. I am having problems finding information on equipment, material and "how to". Can you give advise on how to get started? Thank you, Chris W.

Thanks Carel, I'll get to the next one soon.

CDW--check out Real Deal Hunting Chat and Homebrew Trail Camera Chat (http://homebrews.forumwww.com/) to get started. The forums are an excellent way to begin making your own trail cameras, as the members have all been through it, and can offer advice -- in addition to the protocols and links you'll find there.n Good luck.

Thanks for sharing that very interesting and informative post. I see now why you were thinking civet when I passed along that mystery TNC posting a while back. Here's another one in case you haven't seen it, the "giant rat" from the Foja mtns in western NG. (http://news.nationalgeographic.com/news/2007/12/photogalleries/giantrat-pictures/)

Chris, That is just what I was looking for. Thank you, Chris W.

Quamman's "Song Of The Dodo" is also one of my favorite books in explaining how island biogeography creates mini examples of evolution in action on a small scale. The results being interesting, rare and vulnerable animals like the Giant Civet of Sulawesi.

Can't wait to see the photo

Dale, That giant rat is superb. In my first draft I included reference to Musser's paper on "The giant rat of Sumatra", which was a Sherlockian mystery, and this recent find.

Michael, I read Wallace during the trips, and my old Dover reprint is coming apart. I enjoy Quammen too -- a great writer and judging from his subject matter, our kind of guy.