In August I set a camera trap at a shady nondescript spring a few miles from my house.

It's in a steep-sided defile, and it's choked with dead wood and fallen trees.

We looked like poodles wearing galoshes as we high-stepped over the sticks.

The bed of the seepage was filled with rock rubble, and the only place I could drive the stake was into the bank, looking down -- not a preferred vantage point.

I didn't expect any surprises, figuring we could count on lots of gray squirrels, wood rats, and deer mice.

But you never know for sure what'll turn up in a month's time.


The raccoon was the only carnivore that showed, and it was clearly grubbing for aquatic delectables.

Both chickaree and gray squirrel came to drink.

Deer mice were everywhere and used the sticks as overpasses.

And the wood rats were no shows. 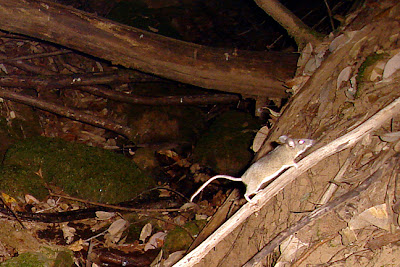 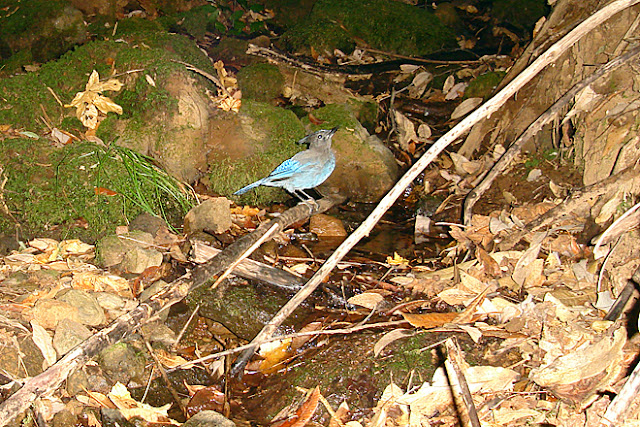 Steller jay, spotted towhee, and fox sparrow(? tell me if I'm wrong) tanked up from the same perch
. 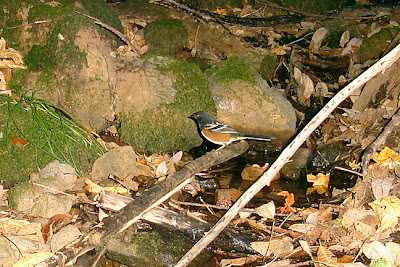 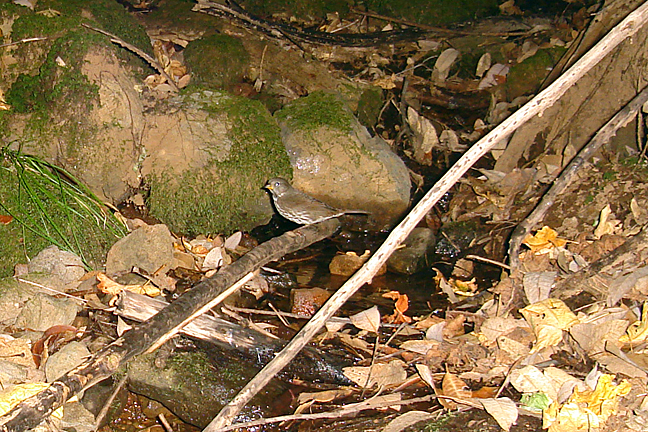 What I didn't notice right away was an incidental sally meditating by a riffle. 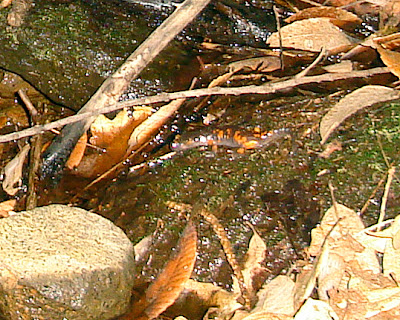 The peaceful amphibian was the Sierran subspecies of Eschscholtz's salamander (Ensatina eschscholtzii platensis) waiting for a passing insect.
As the mice skipped about and triggered the camera Sally's image was captured several times on two nights.

She was always there peering into the water.
Then the camera snapped her in a different position.

She actually moved, and I knew she wasn't a gumby toy. 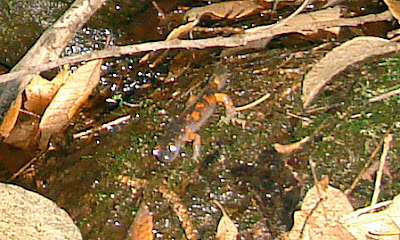 Thanks to JK of Camera Trapping Campus for confirming the Sally ID.
Posted by Camera Trap Codger at 7:31 PM

Little Brown Birds are not my specialty but it does look like the sooty or Pacific form of the fox sparrow from Sibley's guide.

That ensatina sure is handsome. So much prettier than the ones we have down here. Turned out to be a productive set.

I'd say fox sparrow too. And that is definitely a fine looking platensis.