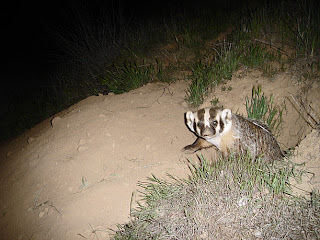 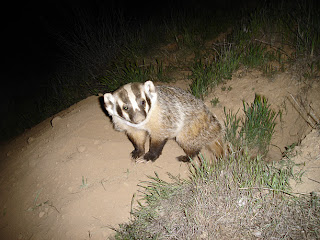 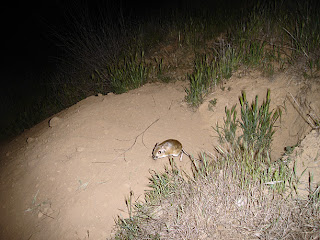 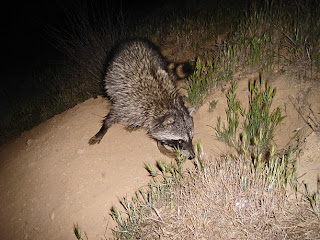 Let us hope the blessed event has transpired and that mom is blissfully nursing her litter.
Posted by Camera Trap Codger at 8:14 AM 8 comments:

Going for shrew and bagging shrew

Answer:  They aren't looking for schtinkin' shrews, because they aren't interested in shrews.

Who cares about little tiny ferocious mammals that eat 1.5 times their own weight a day in insects, spiders, centipedes, and worms?

Shrews may be one of the most abundant predators in woodland habitats, but it's their small size that makes them hard to photograph. 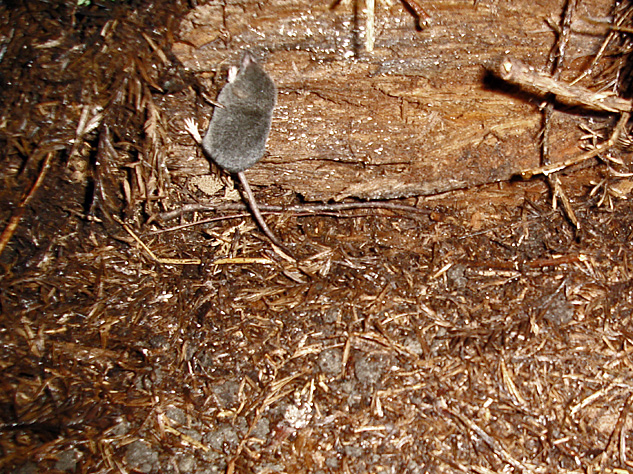 Camera trappers focus on the larger animals they know, and when camera traps are set for larger species shrews are usually undetectable.

Shrews live in a different time-space continuum, and I've photographed only a few by mistake.

They are usually a speck in the overall image, often partially hidden in leaf litter, and they are hard to identify. That's why most good pictures of shrews are nature-faked.

But they are intriguing subjects, and a few months ago I set a camera specifically for shrews.

I knew it might be a waste of time, but I staked the camera close to a rotting redwood log, and clawed away the surface litter, thinking the disturbance might attract a hungry shrew. 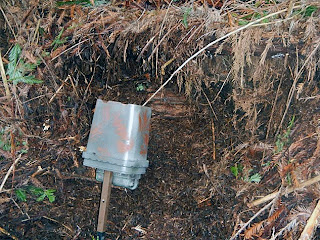 The batteries lasted 70 days, and there were 83 photos.

But only three pictures were of animals, and as far as I can tell, all were Trowbridge shrews with bald tails [yes, older shrews can lose their bicolored tail pattern to baldness].

The surprise was a pair of shrews having an altercation.

Going for shrew and bagging shrew may have been a stroke of good luck.

I'll have to repeat the exercise several more times to convince myself that I really know how to hunt shrew.
Posted by Camera Trap Codger at 9:37 PM 7 comments: