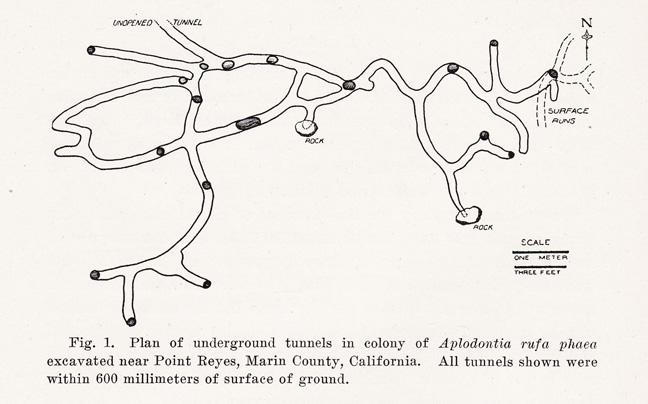 Camp, C.L. 1918. Excavations of burrows of the rodent Aplodontia, with observations on the habits of the animal. University of California Publications in Zoology, 17(18):517-536.
Posted by Camera Trap Codger at 12:48 PM 7 comments:

We descended on the alder thicket on the Yuba River back in June-- a band of eager camera trappers hungry for photos of the enigmatic but endearing showtl.

When it comes to camera trapping, showtl seems to be on the bashful side.

You have to wait a week or more before the adorable head with humanoid ears pokes out of the burrow.

But this time Bill Wilson got a nice series of showtl pictures over a period of two weeks.

This animal's watery burrow had an apron of knuckle sized rocks, and as you can see in these stitched photos, those rocks weren't washed out by water.

Showtl was doing its spring cleaning, while the plants were growing like crazy.

I wonder how much gold the showtls have unearthed since the 49ers?

Thanks Bill, for letting me show your catch.
Posted by Camera Trap Codger at 9:04 PM 3 comments: 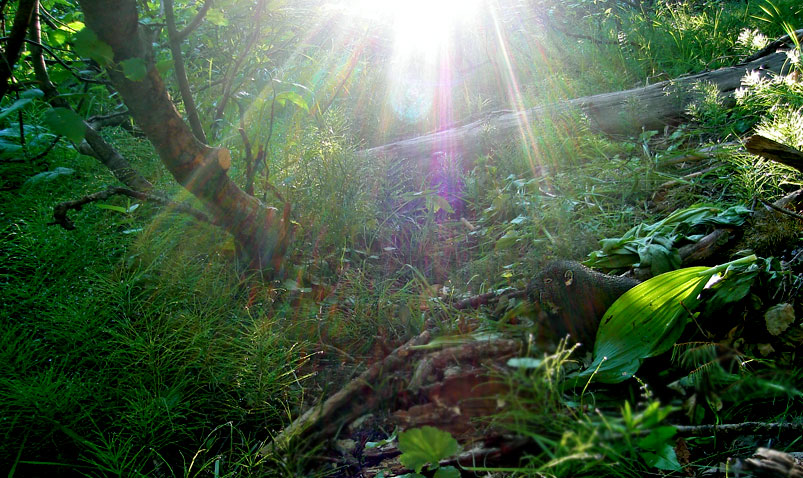 As Codger followers by now realize, I am just back from a week at SF State University's Sierra Nevada Field Station, where images of showtls have moved me to feeble attempts at poetic expression.
The class discovered their camera-trapping instructor was obsessed with the showtl, and if you don't know anything about mountain beavers, sewellels, showtls or Aplodontia rufa, read here.

And by the way, this image was the first attempt at showtl espionage by the ladies of the class.

I'd say they did pretty well.
As I wind down and unpack, I'll be working up the images.
More on the workshop this week, and thanks to Carl for photoshopping this problematic image.

(Now I am off to the flume where I lost my glasses this afternoon.)
Posted by Camera Trap Codger at 4:05 PM 6 comments: 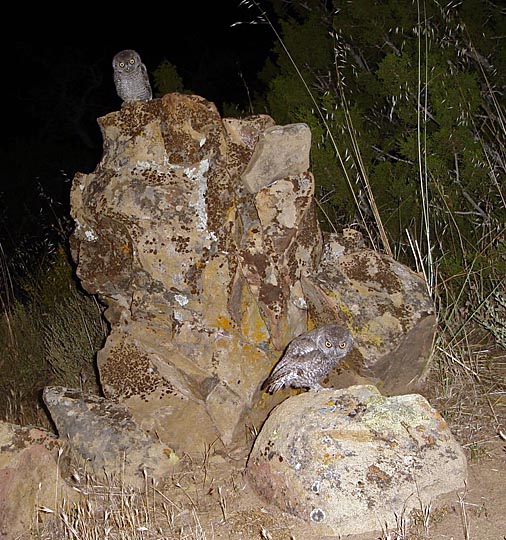 We baited this set for small carnivores of the four-legged warm-blooded variety, and that's what we got.

But in addition a pair of young fluffies showed up and used the rocks as a perch.

They seem to be finishing their molt.

As Hans Peeters remarked in Field Guide to the Owls of California and the West, juvenile western screech owls have a loose-feathered look until they molt into their adult plumage.

It's that young fluffy look that makes immature owls so appealing.
Posted by Camera Trap Codger at 7:50 PM 5 comments: 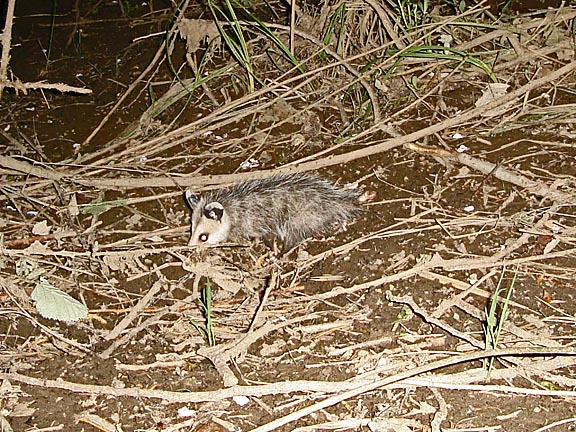 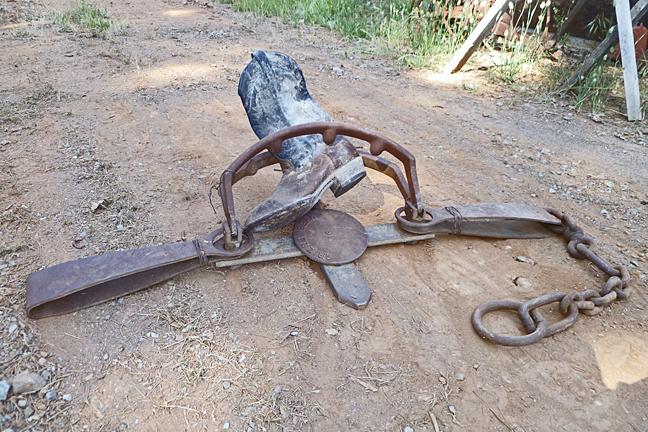 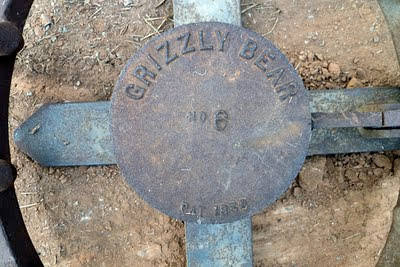 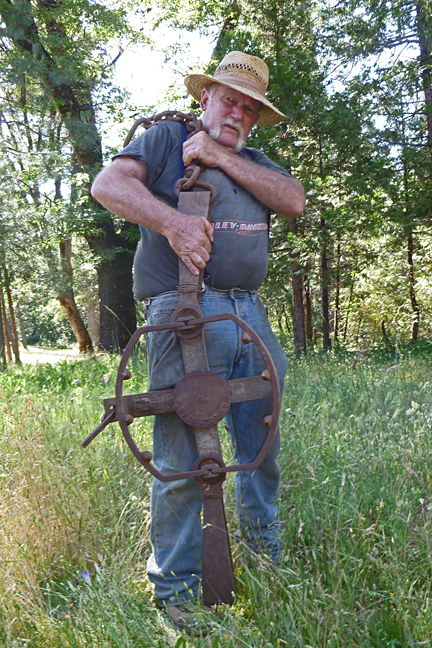 Some hunters were cam-trapping in Cochise County, Arizona and got a picture of an ocelot.

You can find the link and other wildlife news items at Outdoor Pressroom, and the article here.
Posted by Camera Trap Codger at 8:02 AM 2 comments: 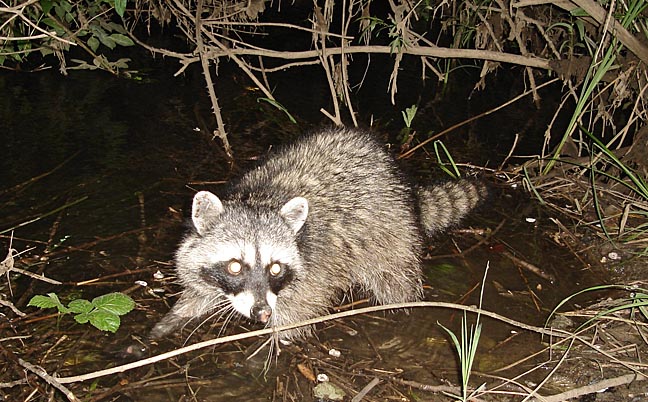 At least two raccoons muddied their paws at the beaver drag, and this one is missing a chunk of its nose.

I am sure it hurts a lot more than those ticks on its ears.. 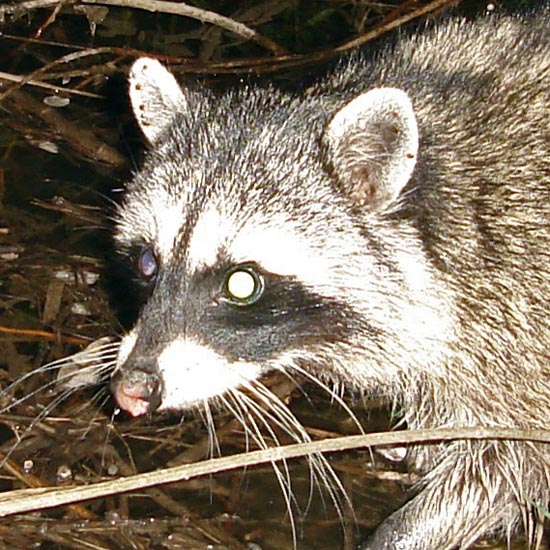 This is clearly a wound and not a runny nose or a natural discoloration and deformity.

Maybe it was acquired in a scrape with another coon, or maybe Br'er Coon's dinner fought back.

By comparison, this young fellow shows what a healthy nose should look like. 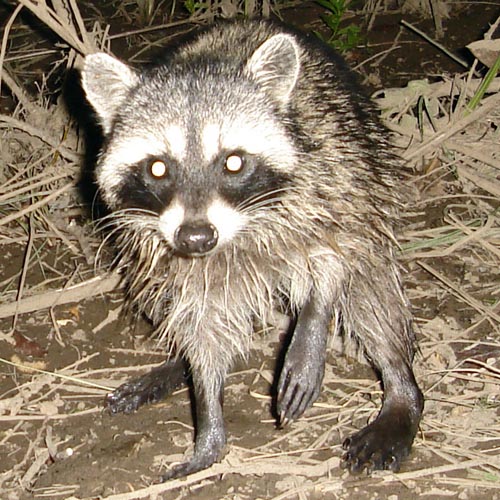 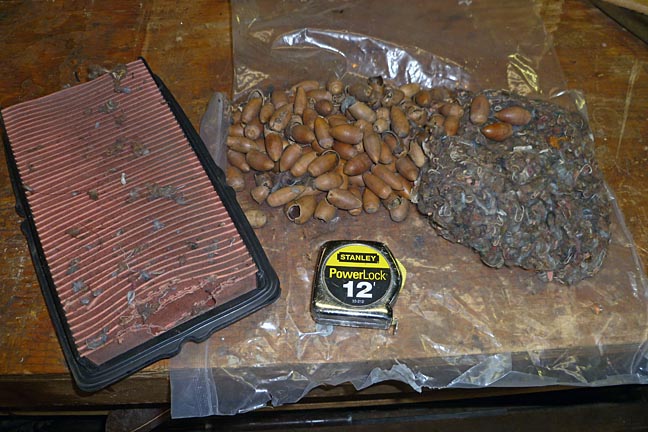 While the codger was in the field a couple weeks ago the redhead was being a dutiful wife cruising around town in our 20 year old Honda and running errands.

When I got home however she reported somewhat emphatically that she was finished with the Honda.

The story unfolded that our beloved Accord had "gone Nascar".

She managed to get it into neutral and pulled over with the engine roaring.

Fortunately a number of gentlemen stopped to offer help, and one of them de-jammed the throttle.

"I'm not getting in that thing anymore", she said.

I started the car up expecting a wild horse ride, but it purred like a kitten, and no amount of foot play could get the throttle to jam.

But my assurances didn't change the redhead's mind, so I took the car to our mechanic and explained the problem.

A day later he handed me a plastic bag filled with acorns and stuffing from the car seats, along with a rodent-chewed air filter.

In all likelihood, he said, some mouse debris had temporarily jammed the throttle.

The redhead still wants nothing to do with it.
Posted by Camera Trap Codger at 9:26 AM 3 comments: