She took out four cams in the past month. 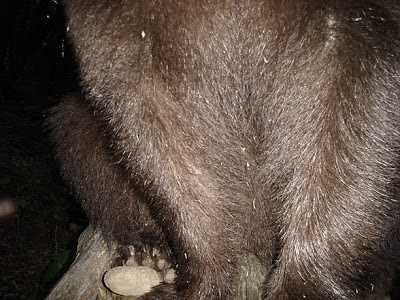 Here she perched on a log and peered at the mysterious source of wonderment before starting work. 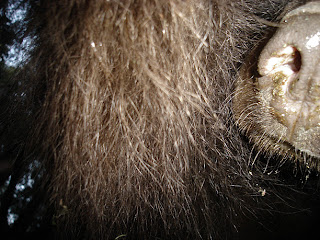 She sniffed at it, tried to mouth it, and managed to dislodge it even though it was equipped with a spiked bear guard.

When she was finished the camera was 30 feet away.

It took ten minutes to find it, and I was one worried and sweaty codger in the interim. 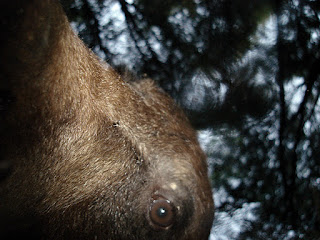 Brownie seemed to be a lone agent.

But yesterday I collected the card from another camera (the "ringtail cam"), and discovered that Brownie has two apprentices.

The clips could be better, but you can still see that one of the understudies is learning the trade well.

Ringtail on the beat


Here's some night action on a seasonal creek in Butte County, California.

Gray foxes, striped skunks, and raccoons use the creek bed as a thoroughfare, and are the most frequently filmed camera-trapped visitors.

Bears and bobcats stop to drink and then cross it and move on up the slope.

When I get better video of these common visitors I will post it.

This is the only footage of a ringtail I've gotten on this creek, but it is one of the more satisfying clips.

This ringtail didn't want to get its feet wet, unlike its relative the raccoon with its underwater hand-jive routine.

As you can see, it's a good rock-hopper.