We arrived in late afternoon, took campsite 16, and made the trailer ready for habitation.

While the redhead fed the dog, I made a recce to a large beaver lodge across the lake.

The trail soon petered out, but beaver skids and felled cottonwoods told me I was in a development zone.

It was the kind of development I like to see; so I turned back to fetch 3 cameras.

Again I beelined to the lodge, and found it gloriously covered with mud pies and giving off a strange gamey smell.

If that was the smell of castoreum it wasn't the beaver scent I use.

I set the infra-red video camera at the lodge, and staked the two still cameras at the beaver skids.

And I did a little experiment. I dabbed castoreum on the trail of the less active one.

A sudden splash caught me off guard!  Tail slapping. An insolent beaver was keeping tabs on me.  Three of them were cruising offshore.

Dinner was on the stove when I got back, and I was in my bunk when my wife reported that some men were coming through camp.

Two young guys with backpacks, fishing rods, and a big yellow lab on a length of logging chain traipsed past the trailer with the determination of Lewis and Clark.

They were heading right to my beaver sets.

I poked my head out the door.

"I've got several camera traps staked near the shore line."

The guy with the dog turned his head.

"Just want you to know the scent lure may attract the dog, okay?"

He looked at me with a slack-jawed expression, nodded, and was gone.

Suspicion and revenge scenarios flooded my thoughts. They passed through camp an hour later.

My suspicion was undeserved. I found my cams the next morning.

The video cam had failed -- a shame, because it looked like
they had a mud fight at the lodge last night.


And damn! The skid by the felled cottonwood was another failure; it had 9 blurry pictures of beavers hauling limbs toward the pond.


But the castoreum set came through with 130 photos triggered in 3.5 hours.

Okay, there were no prize winners, but at least the beaver was recognizable as a beaver.


Wading through the dew-drenched brush to check those cams was a delight, and the experience visited me with an afterglow during the long drive home.

We passed hundreds of beaver works along the Alcan and Cassiar Highways, and almost all of them called -- 'get in your canoe and check me out'.

I decided to spend some time appreciating beaver lodges in the Sierra Nevada when I got home. 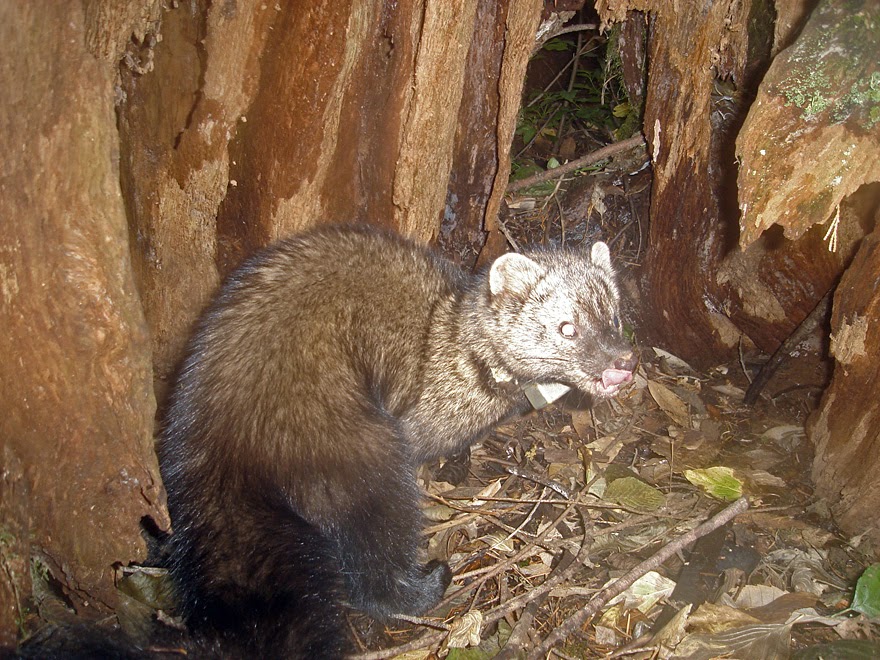 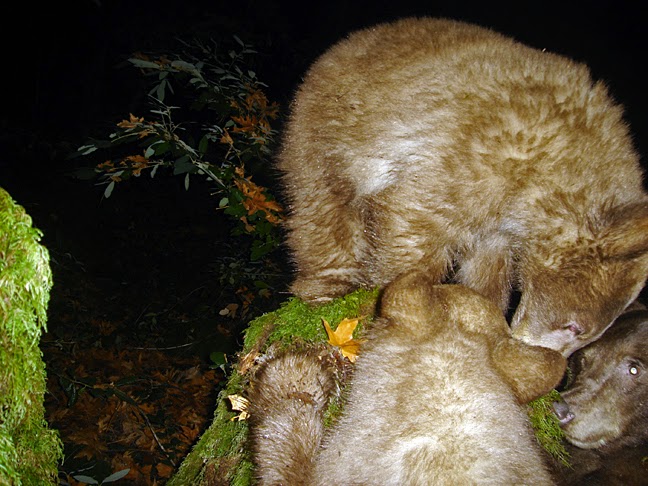 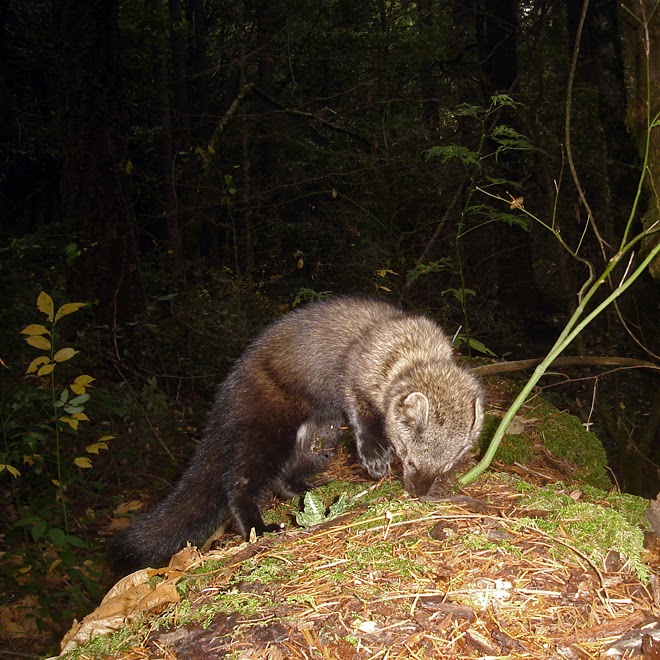 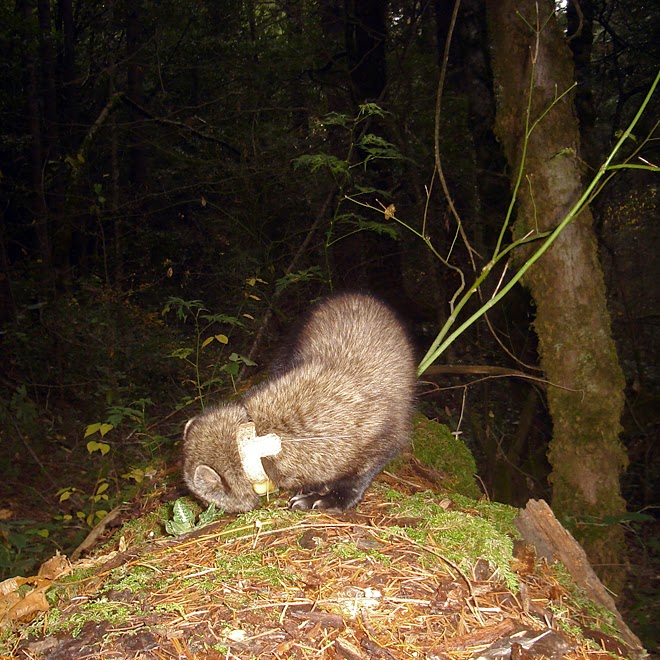