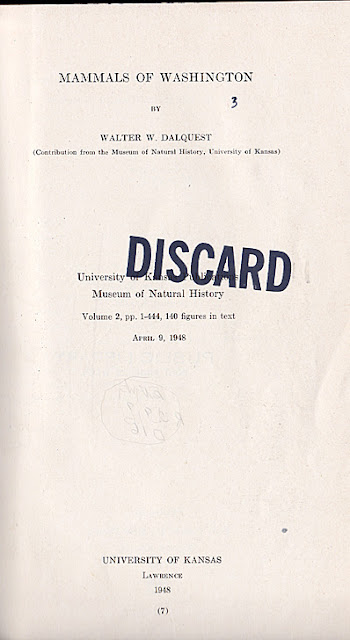 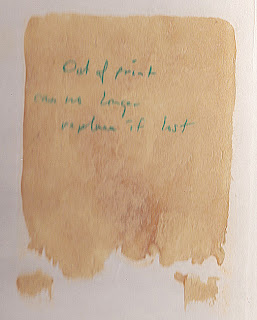 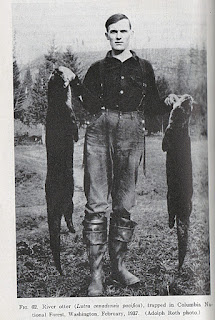 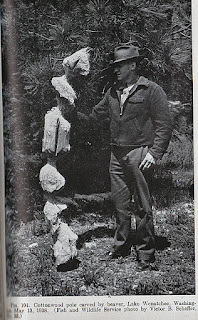 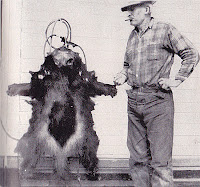 Taylor, W.T. and W.T. Shaw. 1929.  Provisional list of the land mammals of the state of Washington. Occasional Papers Charles R. Conner Museum. No 2:1-32.
Posted by Camera Trap Codger at 9:32 PM

My Mother was a high school librarian, and I often received "discarded" books as birthday & Christmas gifts. I still treasure the 4 volume "Audel's Guide to Carpentry & Construction" that was under the tree 35 years ago!

Thanks Rick. A lot of library treasures become discards, that's for sure, and like you, I'm lucky to have a few.

I love books, so I really appreciate this entry--love your research and insights and the book itself. Thanks, Codger!

Great post, Codger! Discarded books are the impossible to resist by any bibliophile! :)

Some of my first scientific texts were obtained when I was an undergraduate as copies discarded by faculty (placed on a table in the hall with the sign "free" on them).

I still have some of them today!

I was a chronic book collector back in my working days. Figured this post would appeal to the likeminded.

Another finely written piece about a truly dedicated field mammalogist. The picture of the cottonwood pole carved by a beaver is simply amazing! It shows the persistence of a starved beaver.

Walter Dalquest, "Doc" as we called him, was my Master's degree adviser. I was one of his last of many grad students. He was a remarkable man, to say the least!

Walt Dalquest had a reputation as an intrepid, fearless field man while he was at LSU. George Lowery got him to go to LSU to get his PhD, claiming that if Walt stayed at KU, Hall would have employed him as only a field collector. Dalquest’s behavioral and natural history information on various mammals was way ahead of its time. Walt published a nice account of his work along the Isthmus of Tehuantepec [The Tehuantepec jungle: A memoir]; I found the accounts quit nostalgic because I also worked in southern Mexico a few years after Dalquest.

Great history about my local area. Nice photo showing 2 otter, most likely a male on the left and a female on the right. Pacific county contains many of my elusive Mt. beaver and I might someday make a trip to the beach and set out a few cameras.