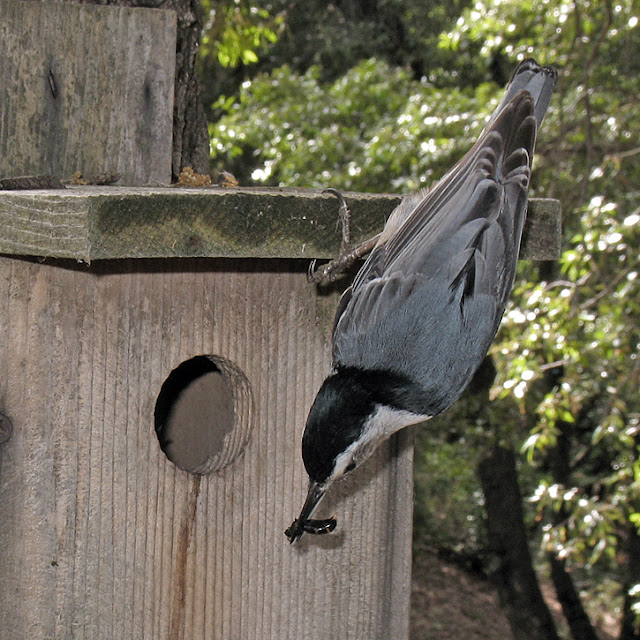 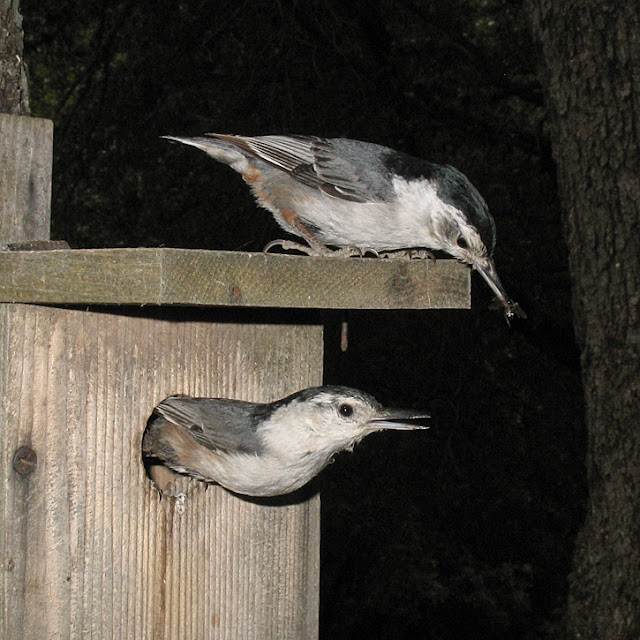 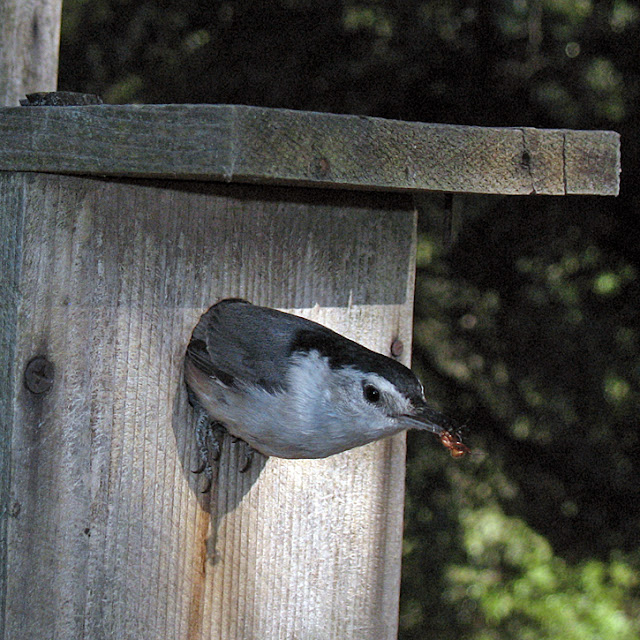 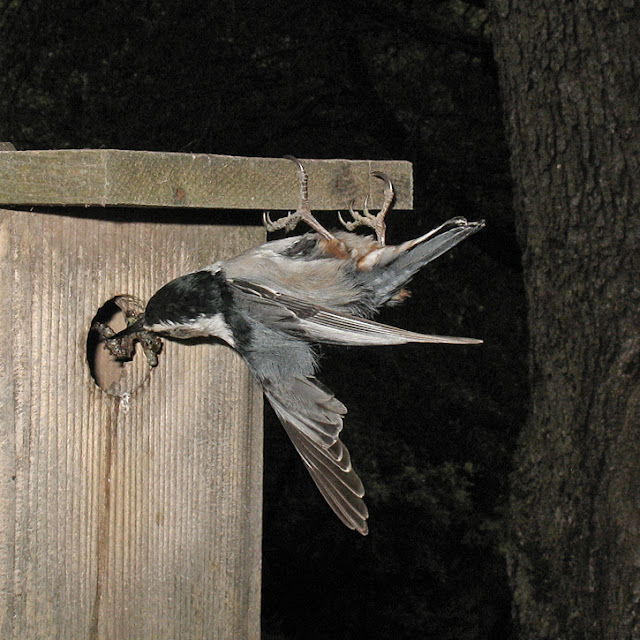 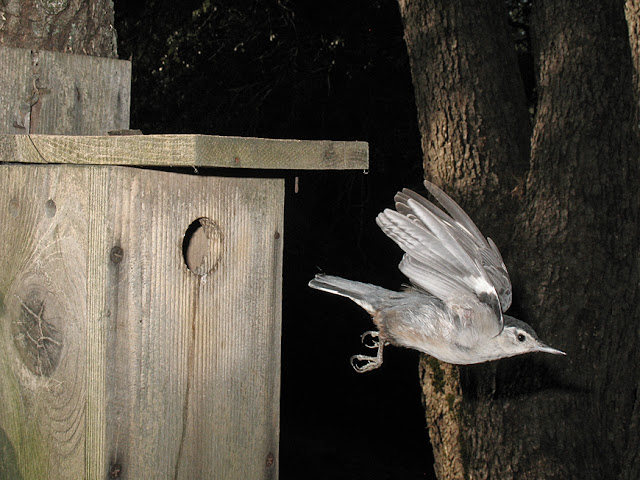 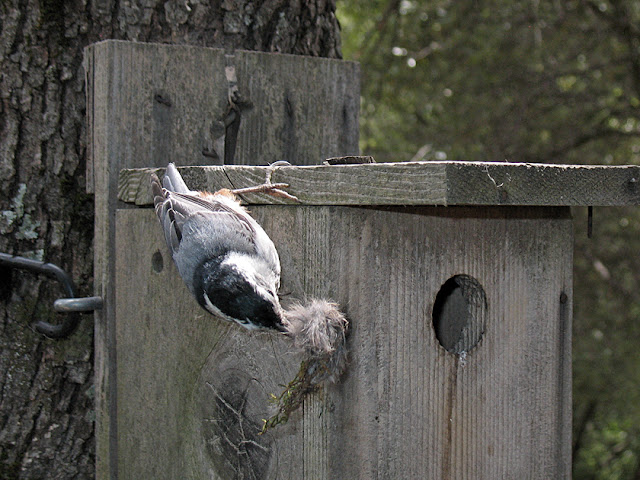 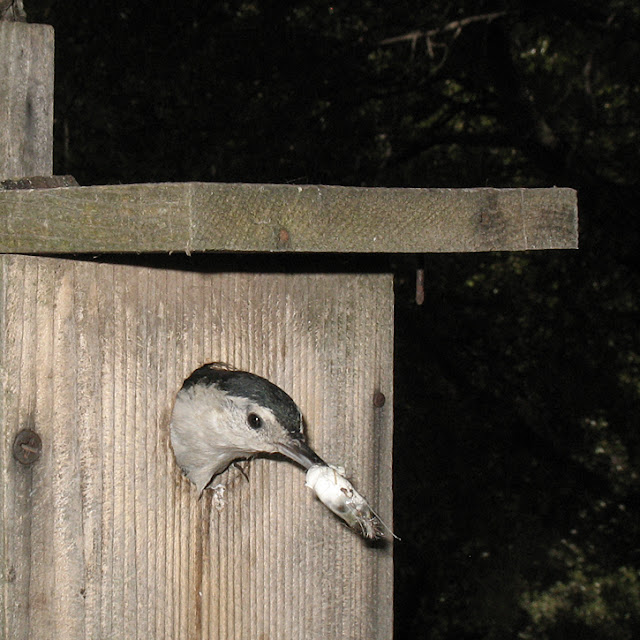 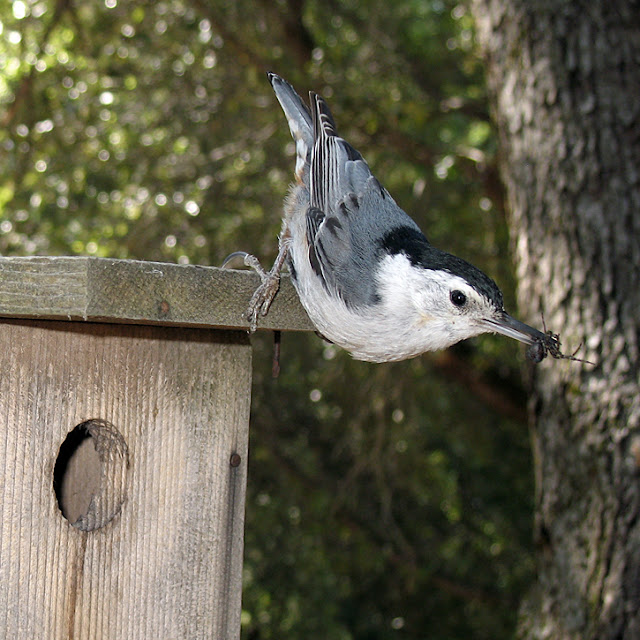 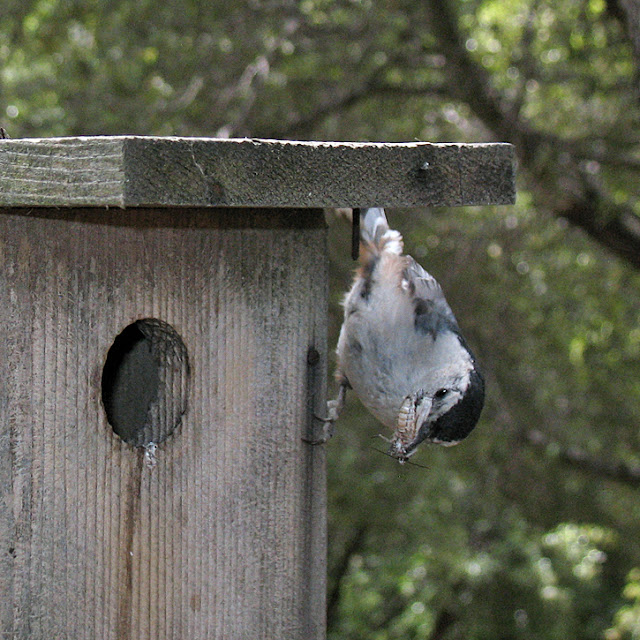 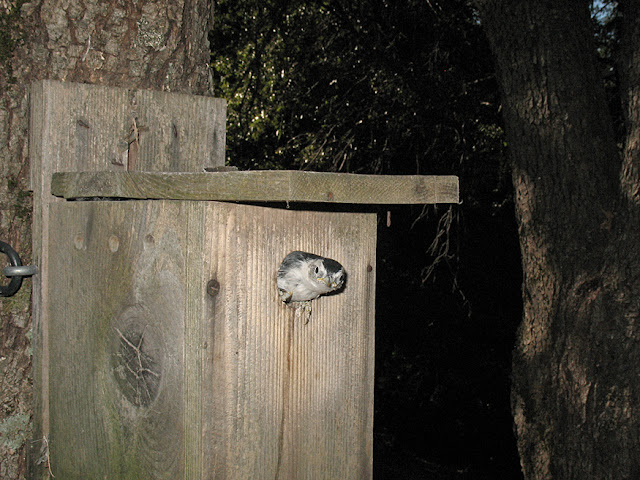 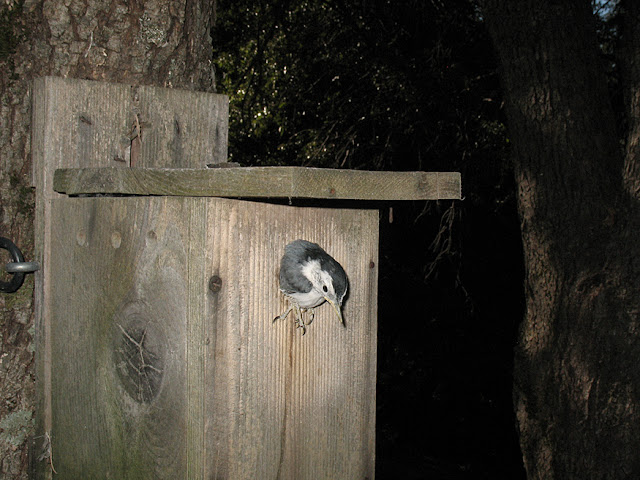 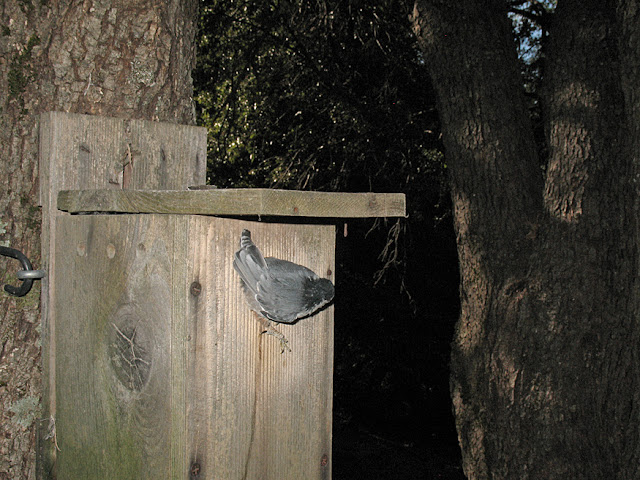 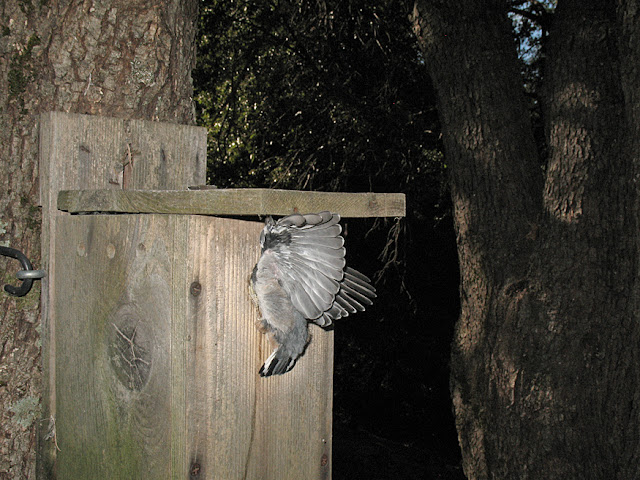 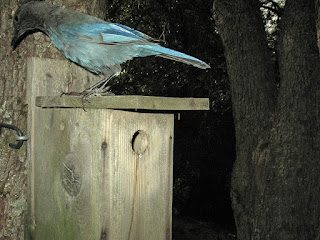 Excellent sequence & beautiful photos. That was a great set up.

What a great story, love the photos and the melodrama. I wonder how often Steller's Jay fledlings get eaten by bigger predators?

I had nuthatches use a nest box once — and then never again. Maybe they don't like the cracks in it. I should fix those. Meanwhile, I have to be contented with the usual Cordilleran flycatchers on the front porch, which should hatch any day now.

Love all your tales & photos.

Hey Codger
Great photos and story! We are watching our Chesnut-backed Chickadees closely and
so are the Stellar's Jays!
Terry

If the young have a tough time at the box entrance, it occurs to me that perhaps nest boxes should have external structures that the young can explore around on more safely to strengthen their legs and feet until they become as acrobatic as their parents. They can do this in a natural nest tree, where also bark might be easier for young claws to grasp than smooth wood planks. Your photos and narrative are suggestive.