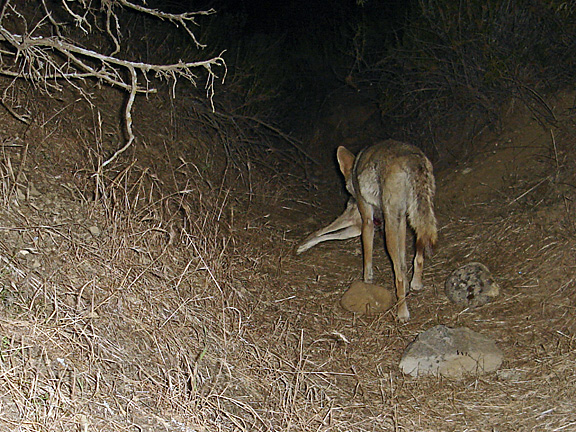 The coyote caught BT Jack in mid-June, and strolled past the camera 45 minutes before midnight.

BT Jack is the black-tailed jackrabbit; that's how I abbreviate the species in our data tabulations for the Chimineas Ranch.

A 5 lb jack rabbit is a decent meal for a 30 lb coyote, and this coyote seems to have already devoured nearly half of it.

Another coyote happened by but was less composed. 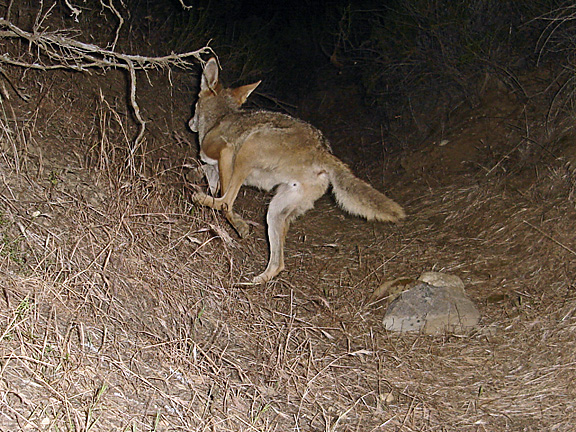 And the bobcat was a bit spooky, though it didn't depart till it had sniffed the bait under the rock. 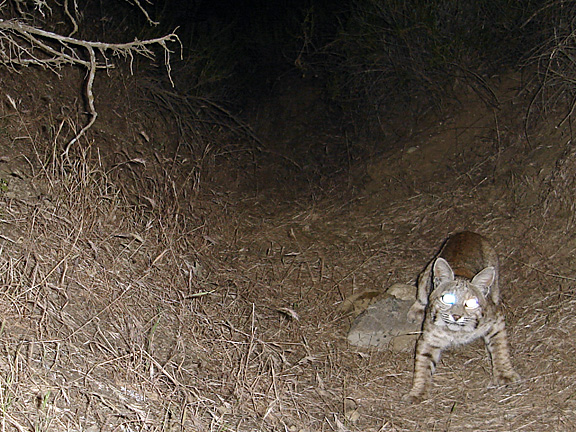 Love your blog, what kind of bait do you use

We use cat food and various scent lures like civetone and castoreum for this survey on the Chimineas Ranch.

Especially bobcat is nice, I´ve never got any cat predator on my cams... yet:-)