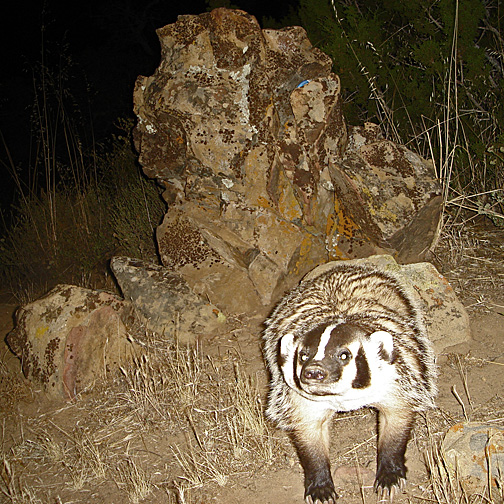 "The badger was in his hole. Stooping over, the young man shouted: "Oh, cunning striped face!  Oh, generous animal!  I wish to speak with you."

"What do you want?" said the badger, poking his head out of the hole.

"I want to find the sun's home," replied Scarface. "I want to speak with him."

"I do not know where he lives," replied the badger. "I never travel very far. Over there in the timber is the wolverine. He is always traveling around, and is of much knowledge. Maybe he can tell you."

Striped Face had a cameo role In Blackfoot Indian legend.

On the Chiminea Ranch he also plays bit parts.

He comes and goes, and rarely hangs around for long.

This badger didn't shrink from climbing a steep hill where a fermenting can of cat food beckoned.

The bait was stuffed into a cleft in the outcrop 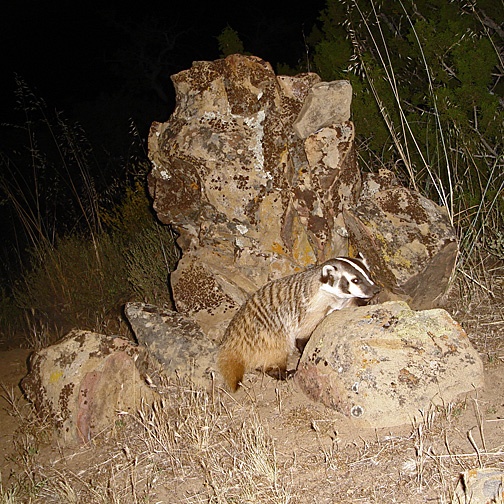 On his first visit he circled the rock. 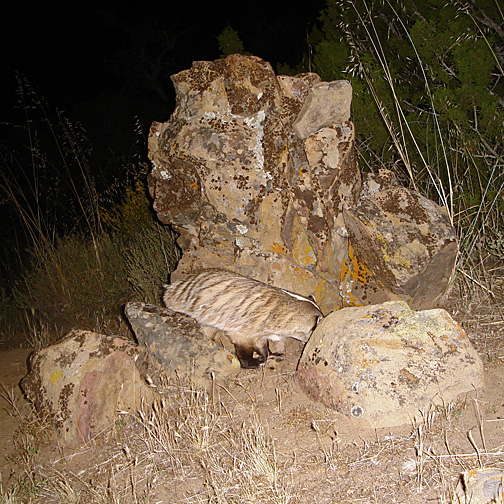 It took one circuit and he discovered that the scent came from above. 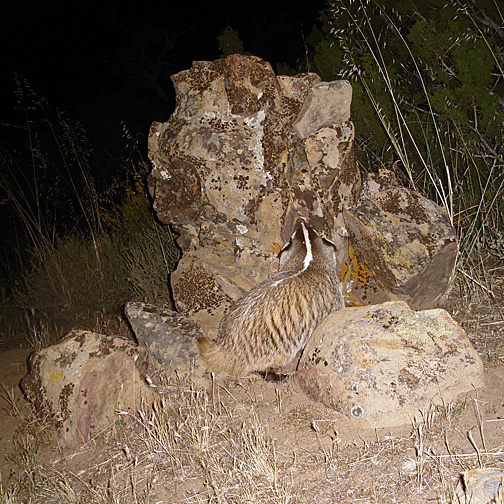 Apparently he couldn't reach it.

Those stubby legs weren't equal to the task; so he went away. 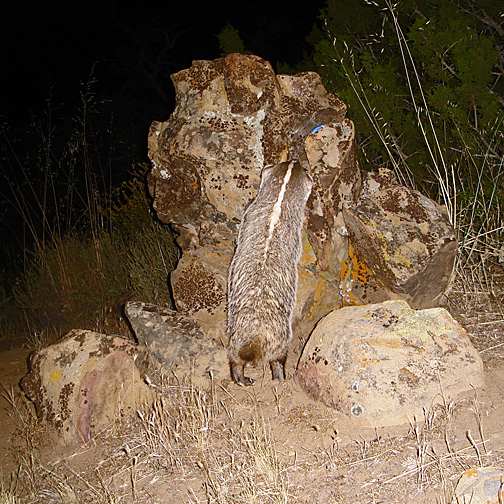 In Blackfoot legend only the wolverine knew that the trail to the Big Water led to the sun.

This badger also seemed to know the sun's home.

Indeed, he seems to have paused a moment to watch it fading beyond the Big Water. 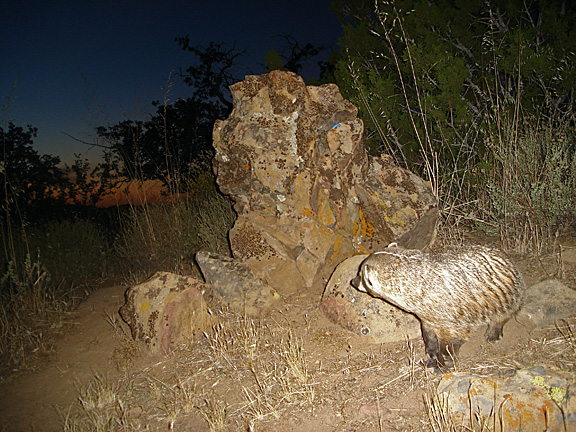 George Bird Grinnell, 1962. Blackfoot Lodge Tales, The Story of a Prairie People. University of Nebraska Press. [The excerpt comes from the story "Scarface, Origin of the Medicine Lodge"].
Posted by Camera Trap Codger at 8:16 AM

For a second, I thought the title for this post was "Stupid Face, the cunning Badger". That would've been an interesting contradiction. Great series of shots!

Actually Steve, I started to call it "Pig-nose, the cunning . . .", but that changed when I opened Grinnell's book. Glad you all liked it. I'm a big fan of badgers too.

Wonderful! I love badgers, and when I train in aikido I tease my partners that I'm a badger: short, round, low to the ground, generally inoffensive but not to be trifled with :-) Sadly, I've never seen a live one in the wild.

I love the fur on Striped Face! Beautiful. Beautiful.

I wish they had them up here in Ontario....

That last image is just fantastic. So picturesque and almost anthropomorphic.