The risky business of stealth camming 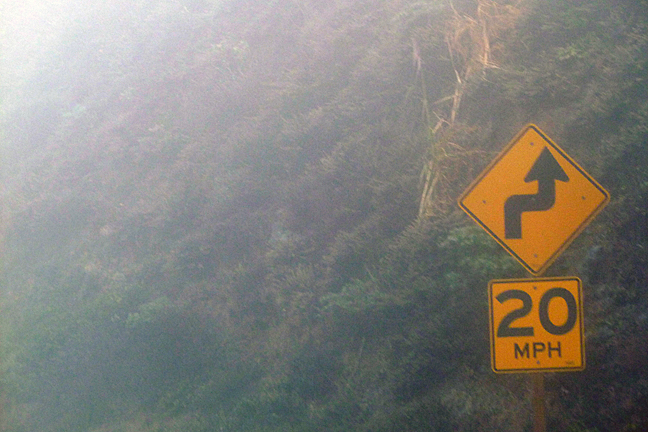 "Quiet!" I growled as Fred looked in the direction of an approaching pickup truck.

We weren't well hidden, but the last thing I wanted was my barking dog to give us away to some beer guzzling yokels plying the roads in search of mindless diversion.

We were lurking in the bosom of a big old outcrop 60 feet above a county road and I had almost finished setting the camera.

By now you all know that camera trapping is by economic necessity a clandestine activity.

Camera trappers can get a little weird where people pursue outdoor recreation year round or grow exotic plants in the woods.

Sometimes they develop peculiar tics, or just get paranoid.

This was a risky place and yes, I was feeling a little paranoid.

It was far too close to a road that attracted that subset of the population that tosses beer cans out the car window.

But I had succumbed to the temptation of ringtail country with its voluptuous outcrops and jutting crags.

For three years I had resisted the temptation, but when I scoped it out on Google Earth and saw those bounteous rocks peeking out from a quilt work of chaparral and oak woodland -- I abandoned my normal caution and made a plan.

I would set three cams along that stretch of road before I left for the trip to Burma.

I parked about a half mile away, donned my rucksack, leashed the dog, and walked nonchalantly down the road. 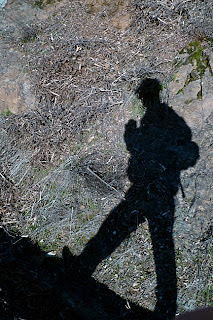 A muddy jeep roared by and spattered us with brown water.

A minute later I spied the departure point.

The "coast was clear".

I crossed the road, unleashed Fred, scrambled up the bank and grabbed a branch of oak.

My footing gave way as Fred disappeared into the undergrowth.

I was dangling on the cut back like a rabbit in a pole snare, and if anyone came to my rescue, I'd have to say it had happened as I was looking for a place to pee.

I managed to crab my way up and crawled into the thicket. 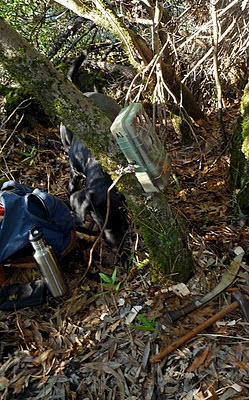 In the chaparral I felt safely incognito and soon found there were several outcrops hidden from Google's piercing eyes.

Though close to the road one mossy rock with nooks and crannies looked promising.

Mounting the camera was the problem.

Only one small tree was suitably placed, but it was bent back, and no matter how tightly I cinched the cable the camera wobbled.

I started over, sawed a shallow kerf in the trunk, and hacked a plane surface with my trusty kukri.

The camera was secure and seemed to be at an optimal angle.

That's when the pickup passed.

I dabbed the rock cavities with castoreum and packed my bag.

Two months passed before we climbed the cut bank again, but that story's for next time.
Posted by Camera Trap Codger at 11:10 AM

I can empathize! Paranoia and cam trapping go hand-in-hand!

He he great storie.

Have you tried www.bing.com and then check out birds eye view once you've zoomed in quite a bit? It's scary good for seeing places.

I use it a lot for work to scope out sites and I too play the hide and go seek game with the locals when I'm out at sites.

Thanks Kartek -- will definitely check that out.