Snapping the toddy cat on purpose

After the toddy cat's first visit I decided to try baiting it into a strangler fig.
The upright trunks were picturesque and more accessible than the log jam and windblown tree I had previously tried.
The first fig we tried was a wash, so we pulled the bait and moved it to another tree.
There the camera snapped only one photo, and strangely the toddy cat quit the tree before it reached the bait.
I suspected the flash scared it away, but knew it would soon habituate if it was the same animal making its rounds.
We decided to make the next set on a prostrate tree decorated with a fresh seed-filled scat, most probably the work of our omnivorous toddy cat.
The location was made for camera trapping: there was a vertical pole to attach the camera, and the toppled trunk would be easily accessible to almost any small mammal. 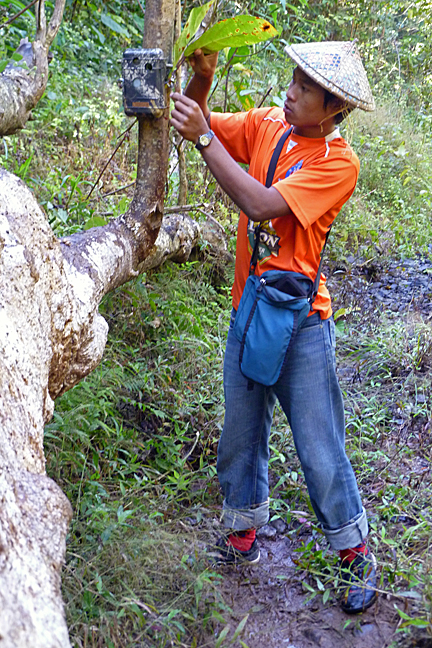 The only detraction was its location next to a trail used by villagers.
I had to leave for Rangoon the next day, but instructed the team to leave my two homebrews out for two more nights.
A dedicated student took the night bus and delivered the cameras the morning before I flew home.
The toddy cat had left 31 photos of its feast. 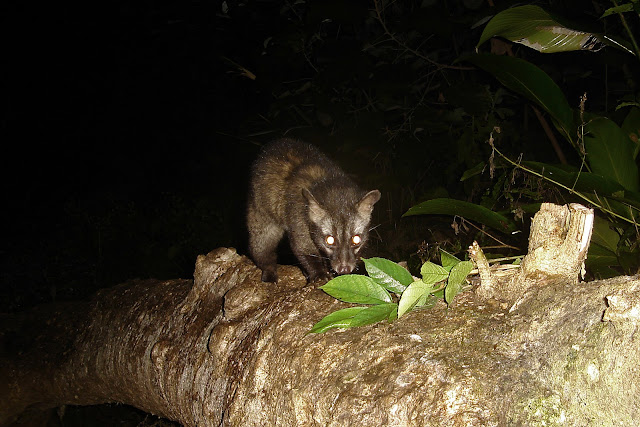 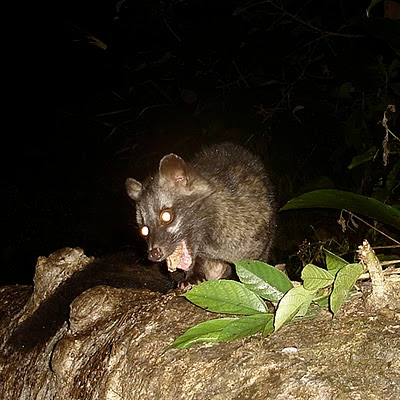 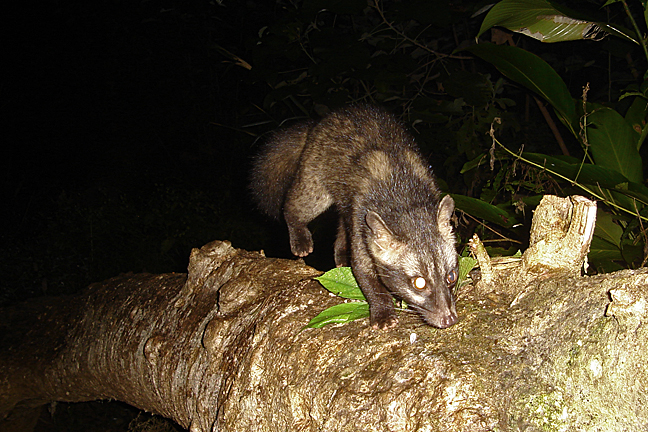 My camera trapping venture in the Rakhine Yoma was over, but the cooperative toddy cat gave it a memorable ending.
Posted by Camera Trap Codger at 9:56 PM

Good stuff Codge. I too just had success with a nice log set, but I sure didn't catch any critters as cool as that!