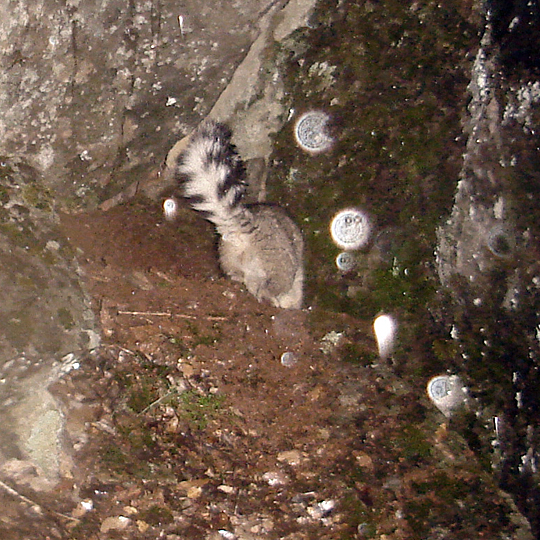 It was raining after the clock struck one on March 6th.

That's when the ringtail came grubbing around the base of the outcrop. 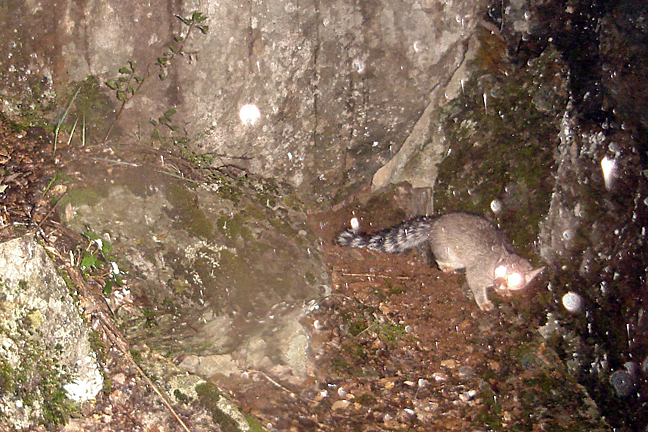 In three and half minutes the camera snapped it only three times. 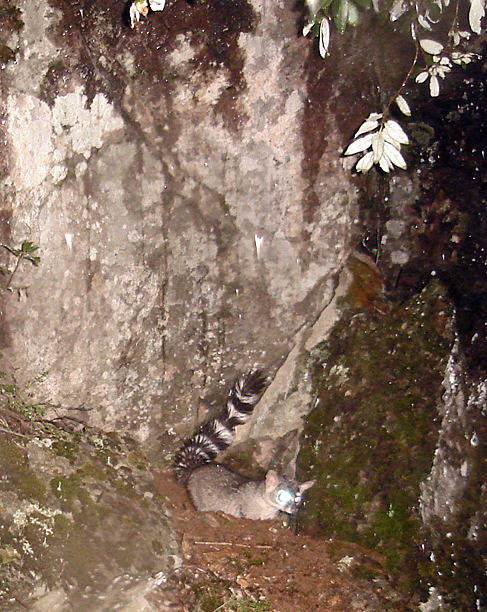 This location is about three quarters of a mile from the previous ringtail set, but with a home range as large of 1500 acres this ringtail could be the same animal -- though I doubt it.

It's going to take some work to get a decent portrait of this critter, but I'd settle for a mediocre picture of mother ringtail and the kids.

Soon the kids will be in tow, hopping about, exploring, and playing.
Posted by Camera Trap Codger at 8:15 PM

What a beautiful long tail it has! (Hence the name, of course)...

I wish we had them up here in Ontario...

Wonderful catch Chris. You just keep getting better.
The Ringtail is a mammal that most people never see in a lifetime.
I have been fortunate to see glimpses two times in my life.

Love the Ringtails Chris! Also just sent in my forms and checks for your Sierra Camera Trap Class -- I am supper excited already!

Ditto to what owlman said....

Most of us will never get to see a ringtail in our entire lives.

Seeing your pics here is really a treat.

I want to please you folks, so rest assured there will be more ringtails.

And I'm looking forward to working with you, Sebastian.